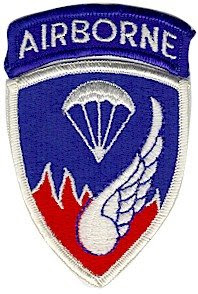 While I submitted two entries this year, my name (sigh), isn't on the list.

The first, Rakkasan Recollections is a short memoir about some of my late father's antics during the Korean War. "Rakkasan" was the name given to the 187th Airborne Regimental Combat Team (ARCT) by the Japanese during World War II. It means "umbrella men," which my dad always hated; although he liked their unit patch (pictured above) and especially their motto: THE ANGELS FROM HELL.

Here's what Wikipedia has to say about the angelic umbrella men from Hell:

Even better is the Rakkasan Home page:

I submitted Rakkasan Recollections to the Writer's Digest Annual Literary Contest a couple of years ago, but received no feedback. PNWA, on the otherhand, is very good at providing feedback to it's authors. 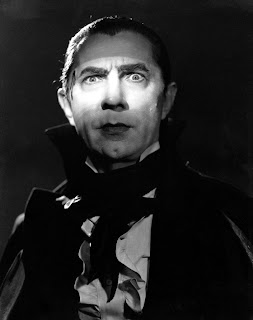 My other entry, Sweet Stakes, is a short story that came to me in a Mary Shelley sort-of way. That is, a few years ago I dreamt I was a minion-hunter searching for a vampire terrorising an East European village. The remarkable aspect of this dream was the unique way I immobilized the vampire before finishing him off. (No, I'm afraid it wasn't Bela Lugosi either. I just liked the picture).

I entered the story last year and one of the key comments was that it lacked background material on the minion-hunters. I was--and still am--stumped on how to do this without slowing down the story's action and busting the 14-page entry limit.

The only thing I came up with was to change the story's point of view. I originally wrote Sweet Stakes in First-Person. (After all, it was my dream!). This year I submitted a Second-Person version, making the reader the actual protagonist in the story. I still have both copies on file, so I'm curious as to which one rated higher.

In the meantime, it's: "Lights! Camera! Action!" As I'm having a grand-ol' time making YouTube movies for my fellow wargamers to enjoy.
Posted by Ted Henkle at 11:01 PM