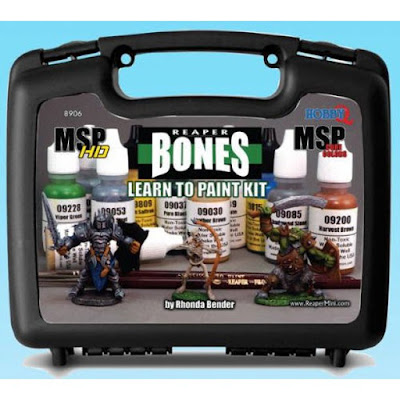 Some years ago, I bought the Learn to Paint Kit: Core Skills, by Reaper Miniatures, during a “fly-by” at one of our annual Enfilade!  (This year’s convention was cancelled due to the Coronavirus Pademic).

Well, I finally got the kit’s three plastic fantasy figures painted—but it wasn’t by my hand, or with the kit’s paints.

I had the three figures, along with several other Reaper Miniature figures, painted by my friend Peter. 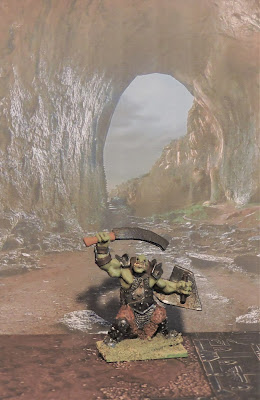 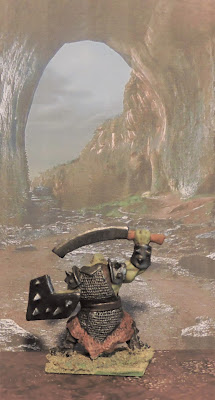 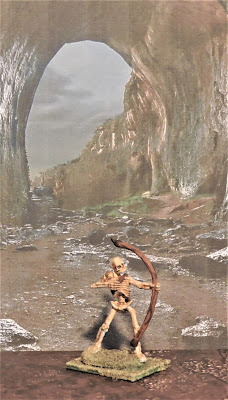 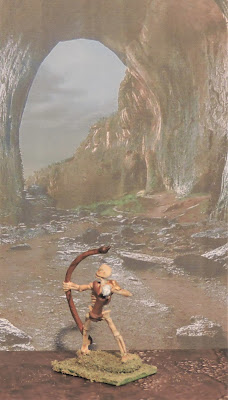 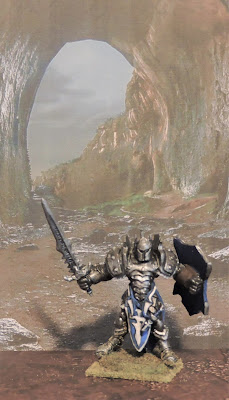 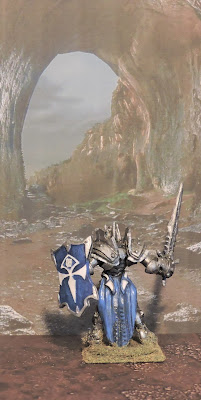 While Peter painted the figures, I added a couple minor modifications.
Since the figures are lightweight plastic, I superglued the bases to washers, heavy stands or even pennies to give them better stability and balance.  Then I painted and flocked the entire composite base of each figure.
The cave entrance backdrop is from a picture I downloaded and printed, but I can’t remember where I got it from.
The cave floor is actually the reverse side of the WH 40K Kill Team Starter Kit’s game board.
Next up will be another short post about my American Old West figures.
So stay tuned partner.
Posted by Ted Henkle at 4:00 AM No comments:

Going Out of Business Shopping Spree 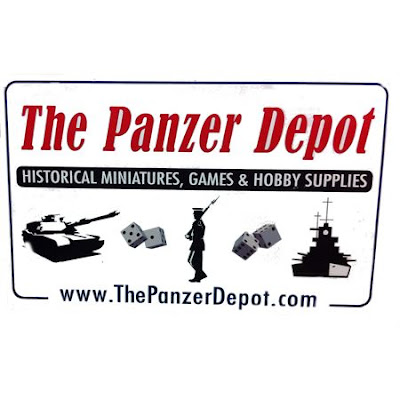 I have a confession to make.

Despite the amount of money I spend on my wargaming hobby I can be a cheapskate thrifty.  There are lots and lots of games, miniatures, supplemental material and playing aids that I’d be interested in buying—I just don’t want to pay full retail price for them.

But in my defense, space is now a limiting factor.  When I buy something to add to my gaming collection, chances are I have to get rid of something else to make room for my new acquisitions.

Well, regardless of the excuses justifications of my buying habits, my fellow gamers and I were stunned and saddened to hear the The Panzer Depot was going out of business.

I’ve frequented the store often, but since it’s a bit of a drive for me, my visits weren’t often enough and I was never able to stay long enough to get involved in any of their gaming sessions.  Most of the times I was in the Kirkland, WA, area were on Sundays when the store was closed.

The only sliver of a silver lining was the Depot’s going-out-of-business sale.

So while the “angel on my right shoulder” is sad to see the store close, the “devil on my left shoulder” was all-to happy to take advantage of the 70%+ discounts on the remaining items.

I made it up to the Depot last Monday and met up with my friend Jim, who was happy to purchase my collection of 25mm French and British Napoleonic figures, done-up by our mutual gaming buddy “Dean the Painting Machine.”

It was also great to catch up with him on personal topics we didn’t want to broadcast all over social media, away from the ability of the <insert name of nefarious group here> hackers to harvest.

Jim bought numerous miniatures along with all the shield and flag decals remaining—3 full boxes.

As for me, I’m still getting my remaining unpainted & unassembled Warhammer 40K figures worked on, plus plugging along at painting my Cruel Seas collection,

So I wasn’t in the mood to buy any more items that needed to be cut, pasted, painted and assembled, and therefore “limited” myself to buy rulebooks and supplement books I was too cheap thrifty to buy at full price.

Normally, my rule-of-thumb regarding boardgames and miniature rules, I don’t buy subsequent editions unless I’ve played the 1st edition game at least once.

However, proving there’s exceptions to every rule, the first thing I grabbed was the last remaining Bolt Action 2nd Edtion rulebook, despite having an unused 1st Edition copy. 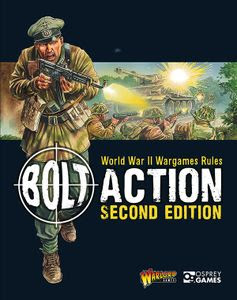 Thanks to my frequent ventures to a nearby Half Price Books, I picked up the Rapid Fire core rulebook a few years ago for about $5, but haven't bought any supplement material since then.

I’ve always been intrigued by the Skirmish Campaigns booklets, but I usually found scores of them stuffed into vendor boxes at crowded game conventions with little or no time to make an impulse buy informed purchasing decision.  Plus there were other goodies to buy with my “convention budget.” 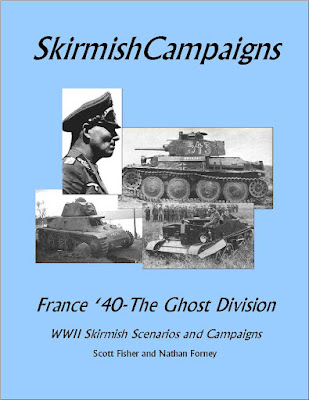 Now there were several books available for a fraction of their retail cost.  So I picked up the following titles:  Finland ‘39-‘40, Poland ‘39, Norway, France ‘40, Russia ‘41–Minsk, Russia ‘41--Ukraine, Russia ‘41–Smolensk, The Gross Deutschland Division at Kursk, Normandy—Red Devils and Normandy—The Firs Hours.

Continuing with what was evolving into my World War II-themed shopping spree, I picked up Nuts! The Final Edition by Two Hour Wargames... 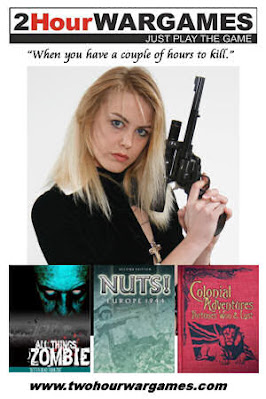 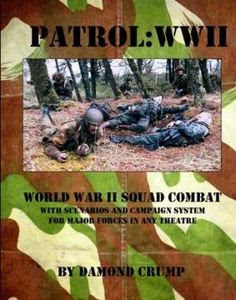 While I said I didn’t want to buy anything I needed to cut, paste, paint or assemble, I couldn’t pass up the remaining two copies of Panzer Digest, Issues 2 & 4, which are currently out of print but may be available in PDF format. 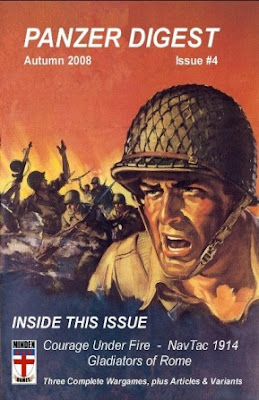 My final purchase, was a slight detour from historical World War II, and into the world of Two-Fisted Tales with Rattrap Productions Amazing War Stories (not listed on the website). 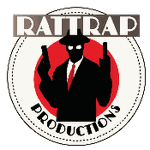 I haven’t played any pulp magazine—style games, my friend Peter just finished painting some modern, western, and various other figures from Reaper Miniatures.

My total bill was $283 for $660 worth of goods, but at the risk of sounding like a credit card commercial, getting together with a fellow gaming buddy was priceless.

When I returned home with my ill-gotten gains, my shopping spree didn’t end thanks to on-line shopping.  I logged on to The Miniatures Market and Noble Night Games to “fill in the gaps” of game systems I bought during the last days of The Panzer Depot.