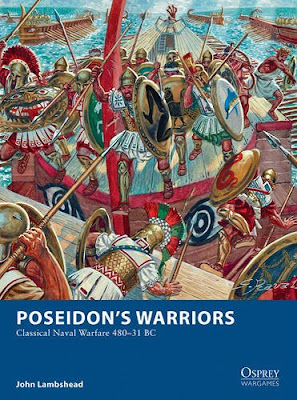 I've always been intrigued by ancient naval warfare ever since I first saw the 1959 film Ben-Hur.  The naval battle is still my favorite part of the movie, despite the historical inaccuracies.  I'm such a fan of this version, I'm not sure what to think about the upcoming remake.

If I do see the new Ben-Hur, I'll write up a movie review.  In the meantime, I'll get back on course with this rulebook review...

About 30 years ago, I picked up a used copy of Trireme at a game store in North Carolina and managed to play it a few times.  Fast forward about 15 years, when my friend Joe gave me a copy of War Galley for Christmas.  I played this a couple of times too, and in fact, like the rules better than Trireme.  Not to mention the counters are a lot nicer and more detailed.

I still have both boardgames, but I've always wanted to play an ancient naval game using miniatures.  As fate would have it, my friend Dean told me during a visit that he has the rules Poseidon's Warriors along with some miniature ships, and wondered if I'd be interested in playing.  I told him, "of course," and ordered the rules within a week.

Poseidon's Warriors is a 64-page wargame rule booklet covering naval warfare from 480 to 30 B.C.  After a 5-page intro, the rules themselves only take up 14 pages (10-24).  The rest of the booklet consists of historical scenarios, scenario and campaign set-ups.

Only one person so far, wrote a customer review on Amazon.com and gave it a 4-star rating, which I agree with.

The good points about Poseidon's Warriors are:

1. The rules are short and easy, even easier than Trireme and War Galley.  This makes the game great for beginners, and gamemasters running a session at a game convention.

2. The book is nicely illustrated with artwork depicting the actual battles and pictures of ship miniatures.

But on the other tip of the trident:

1. Some may consider the rules too basic.  For instance, merchant ships, which relied solely on wind power can move in any direction the owning player wishes.  The author did not want to include complex sailing rules, especially for ships he viewed as mere targets.

2. While there is a front & back page Quick Reference Sheet there are other charts scattered throughout the book that may take some time to find.

3. And speaking of the charts themselves, the font size is about half that of the regular text, which I find almost impossible to read without my higher-powered, bifocal reading glasses.

One note about all three games:  More often that not, ancient naval battles involved hundreds of ships.  So each game often scales its battles from a 3:1 to 15:1 ratio.

In general, Osprey Publishing seems to be hitting the right note by cranking out easy, inexpensive rules that are enjoyed by gamers and gamemasters alike.  During this year's Enfilade! convention, several games of Dragon Rampant, Lion Rampant, Frostgrave and In Her Majesty's Name were played.

I'm sure Poseidon's Warriors will soon be fought-out at one of our region's future conventions, or game days.
Posted by Ted Henkle at 7:30 AM 6 comments: 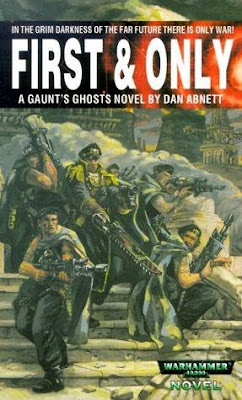 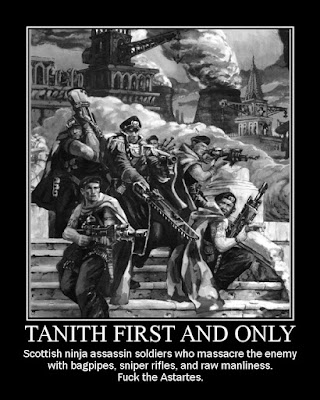 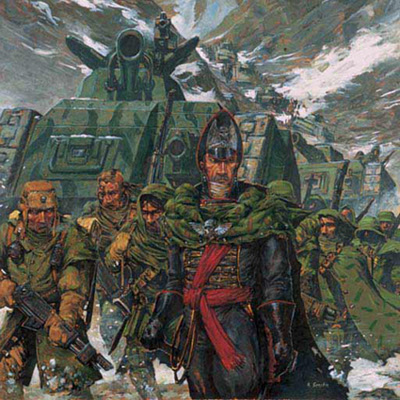