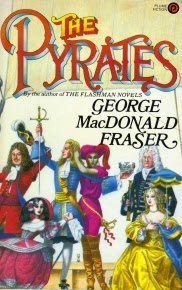 If you're looking for an historical novel, accurately depicting 17th Century piracy, then The Pyrates by Flashman creator, George MacDonald Fraser (GMF), is not for you.

The Pyrates is a swashbuckling farce.  It's as if GMF wrote a book about a pirate movie instead of any real, or imagined adventure.  The characters are mere caricatures and the story is chock-full of anachronisms.  All this was deliberate, to either entertain the reader or defy historical novel writing conventions.

I'm a fan of GMF's Flashman series and I found The Pyrates entertaining, but a bit annoying at the same time, primarily due to the anachronisms I just mentioned.  In the parts where the author is adressing the reader, I thought this technique was funny and refreshing:  Such as using 20th Century movie stars to describe the characters and fight scenes in cinematic, choreographic terms.  But I found it jarring when things, such as:  Credit cards, headphones, outboard motors and condo time-shares are placed in the action itself, or the characters mention such items outside their timeframe.

In short, I feel GMF overdid the anachronism schtick.

I must admit though, a lot of my feelings about the book are based on my bias.  While I like a good comedic movie, I'm not a huge fan of spoofs and The Pyrates would certainly fall into this category if it were ever made into a film.  To me, spoofs are "one trick ponies."  You watch, you laugh, you never view it again--unless it was produced by Monty Python or Mel Brooks (exceptions to the rule and all that).

So I'm giving The Pyrates a three star rating--it's first on Amazon.com.  It's a good yarn and you can tell GMF had fun writing it.

As to the rest of the ratings:

And as an aside:

It is said that you can't judge a book by it's cover.  Well, with the latest editions of The Pyrates you almost can't...


Do I detect a hint of political correctness maybe?  Especially when compared to an older, alternative cover... 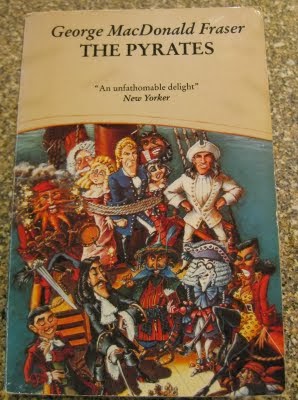 You can't say you don't know what you're getting into with a cover like this!
Posted by Ted Henkle at 7:30 PM 4 comments:

The hostesses of Starlit Citadel, Kaja and Joanna, review the game Descent:  Journeys in the Dark, 2nd Edition.

I have the first edition and the 2nd Edition Conversion Supplement, but have never played this game.  I love the miniatures, dungeon tiles and playing pieces.  It reminds me of the old Hero Quest game.

The one drawback I see so far is the window has limited functions.  Or at least from what I can see/understand it appears to be limited.  When I open the Blogger page via YouTube, I don't get the Label or Schedule functions.

My only choices are to publish the post right away, or save it as a draft and then tinker with this post through the main Blogger page.

But despite these limiting factors, I look forward to doing more video posts.
Posted by Ted Henkle at 7:30 AM 2 comments:

Here's a review of Twilight Imperium by the lovely hostesses Kaja and Joanna of Starlit Citadel (a Canadian on-line game distributing company).

I played this game once with a couple friends, but don't remember much about it.  I do remember liking it and I inherited the whole set from a friend.

Looks like I'll be adding video reviews to my repertoire of posts.
Posted by Ted Henkle at 4:31 AM No comments: 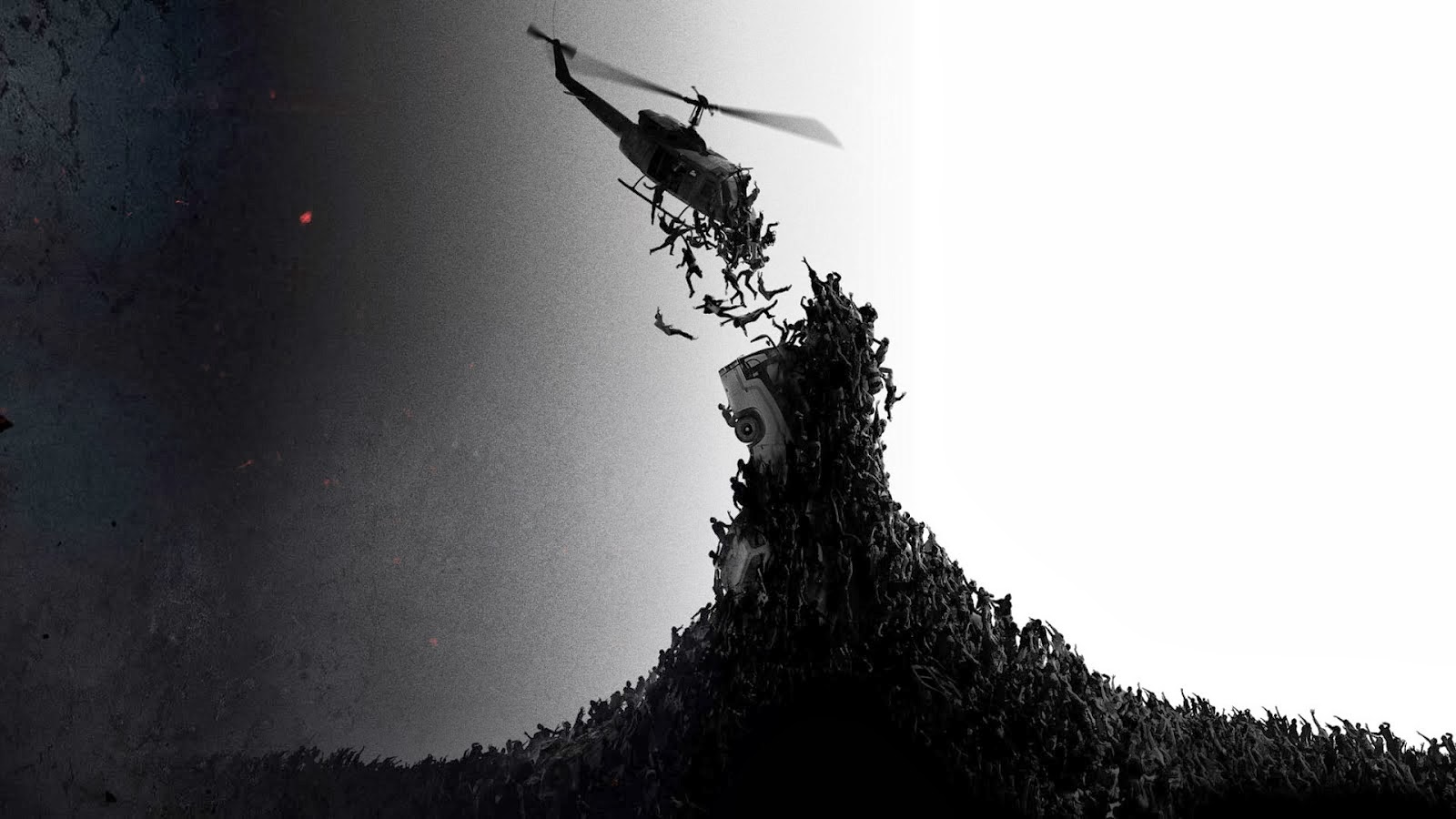 A couple weeks ago, my friend Joe took a tumble down a flight of stairs and broke his collar bone.  It could have been worse.  He was carrying his infant son at the time, who ended up with a tiny skull fracture, which thankfully only required an overnight stay in the hospital for observation and Joe is on the mend.

I spent a few days with Joe taking him to his initial appointments.  So we had a chance to catch up on things and would have actually played a game, but just as we got started one of Joe's doctor's called and wanted to see him right away.

We did manage, once things settled down somewhat, to finally watch World War Z on his flat-screen TV.  We missed seeing it on the big screen and during whole time the film was in production, wondered if it would be as good as the book.  The trailer looked awesome, but I'm sure you've gone to a movie based on the trailer only to find out all the best parts were packed into a 2 minute clip.

Speaking of the movie's source material, World War Z was the first book review I posted on this blog just over four years ago. 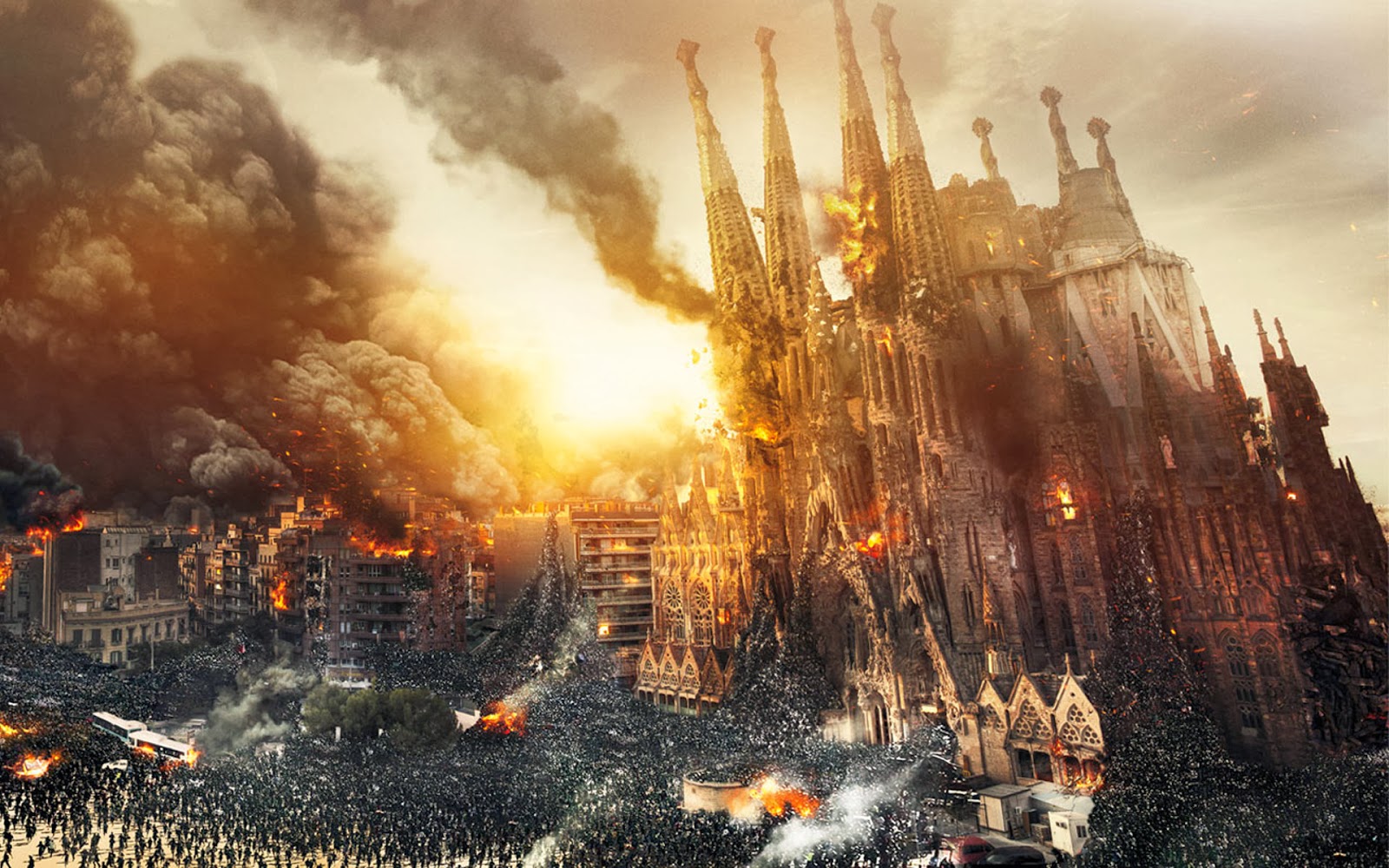 Style-wise the movie was about as different from the book as you could get and still call it "World War Z."  The book takes place in the aftermath of the Zombie Apocalypse and illustrates the impact the rise of the "zeds," have on society as a whole.

The movie is an action-adventure flick that takes place as the Zombie Virus spreads throughout the world.  Wikipedia provides a good rundown on the plot, cast, production woes, video game (which I think the images I hijacked came from) and of course--a possible sequel.

What did Joe & I think of the movie?

We may not be Siskel & Ebert, but we both gave World War Z two thumbs up.  (Which based on the Wikipedia entry is a copyrighted catchphrase).  For a more traditional rating, I'll give the film 3.5 out of 5 stars.  I liked it, but the movie is drastically different than the book.  It was also hard to hear and understand some of the quieter scenes after watching zombies rampaging through whatever city the action is taking place in.

The biggest problem I had with the movie is more political in nature.

In the book, the author Max Brooks, clearly stated that "Patient Zero" originated in China.  The People's Republic was the source of the SARS outbreak in 2003 and since then has been responsible for:  Lead found in house paint and childrens' toys, along with being the world's #1 polluter.

The movie on the other-hand pulls it's punch, so the search for Patient Zero starts at Camp Humphreys, South Korea.  Recently, movie makers have been reluctant to include scenes that might upset China's Politburo.  So the go-to bad guys have been the North Koreans.  World War Z goes one step further and places Patient Zero among our South Korean allies.

By the end of the movie, Gerry Lane (played by Brad Pitt) narrates the ending say they "...still don't know where Patient Zero is..." 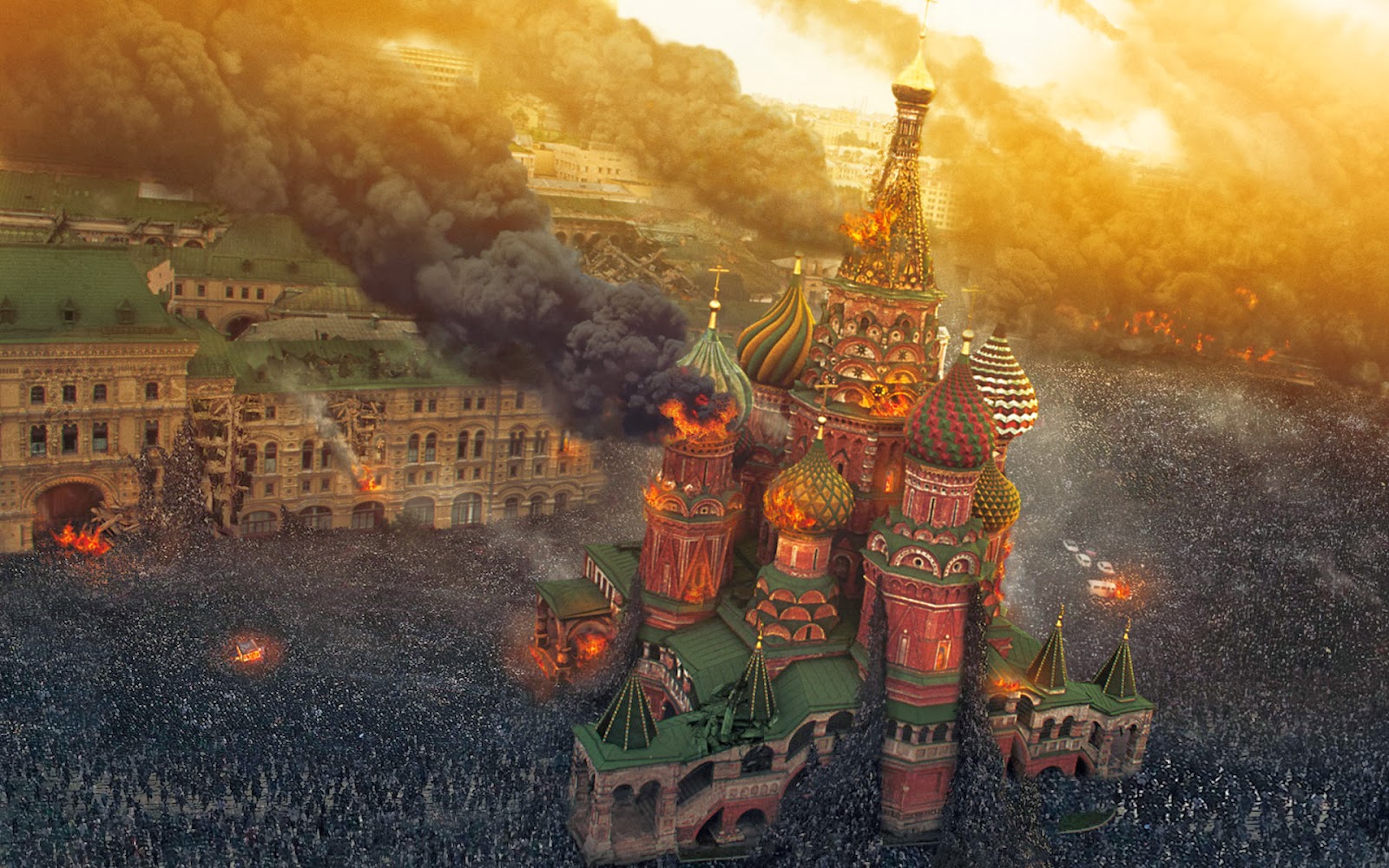 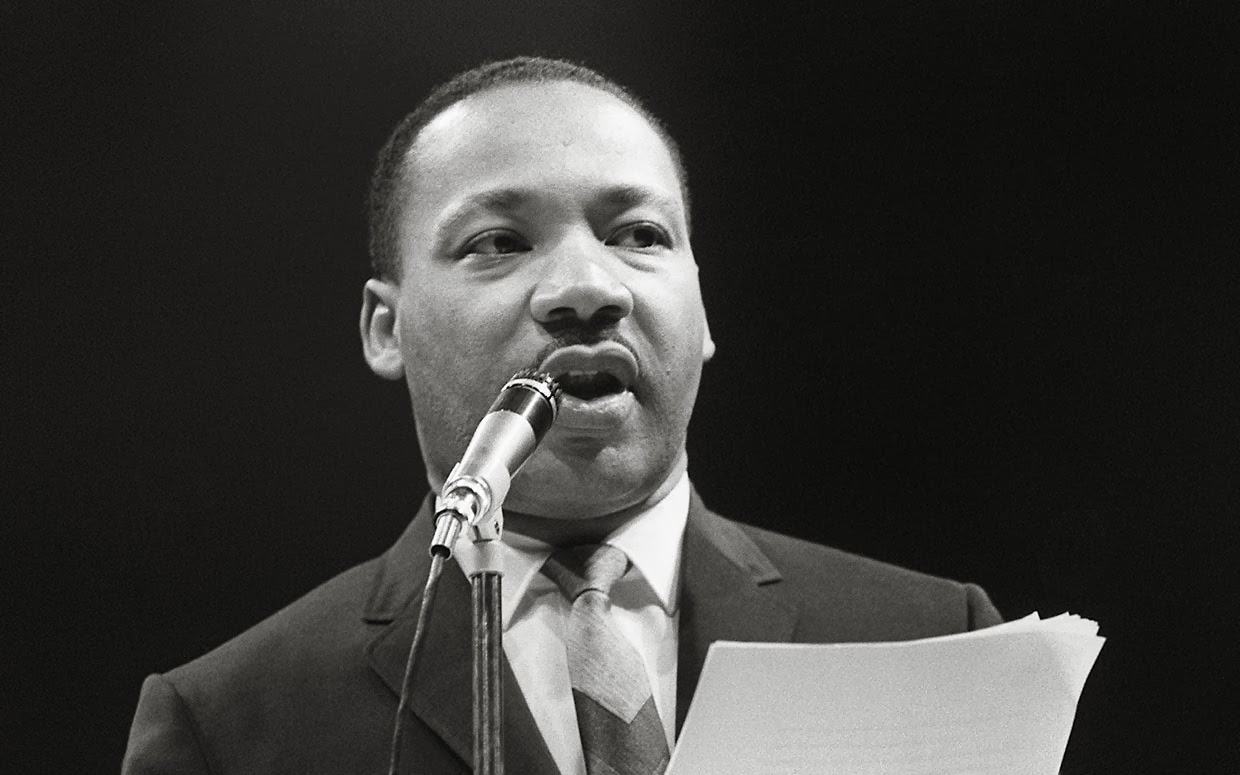 Posted by Ted Henkle at 5:13 AM No comments:

This summer will mark the 100th Year Anniversary of the First World War, or The Great War as it was known prior to Second World War.

To commemorate this occassion, my friend Keith Sloan, has embarked on an intellectual quest:  To read 2 books per month from now through 2018 in order to better understand the multi-faceted aspects of this global conflict.

He recently created a blog--Reading the Great War--to be an on-line memoir of what he calls his journey of discovery.

I look forward to his posts--along with the lively comments and discussions that will no doubt follow. 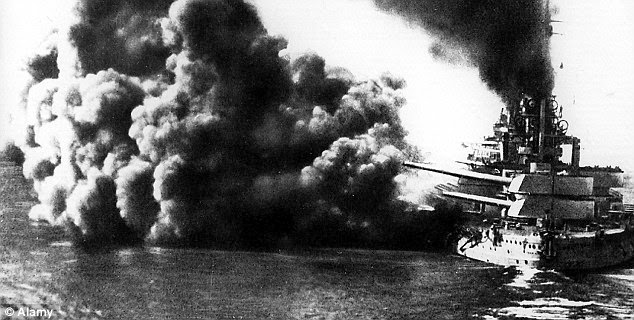 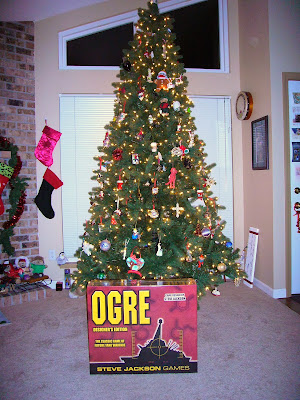 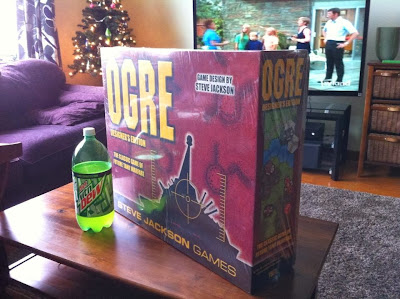 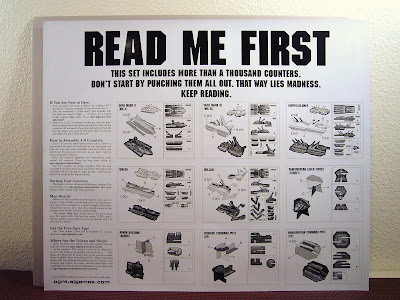 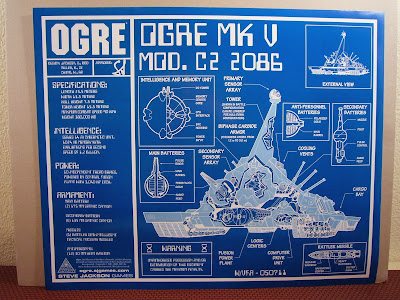 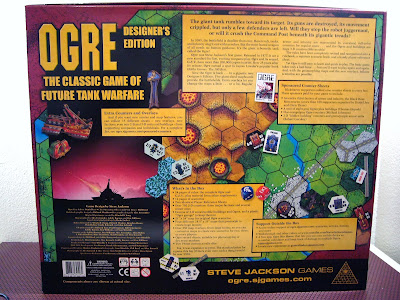 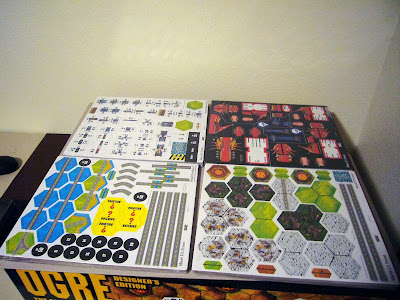 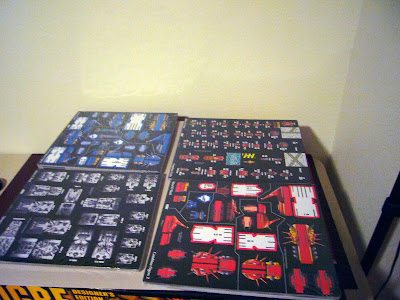 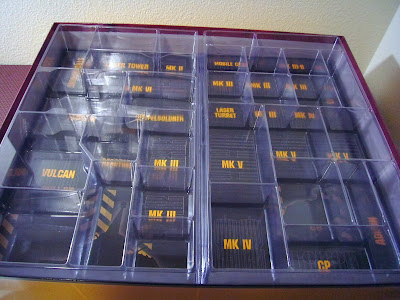 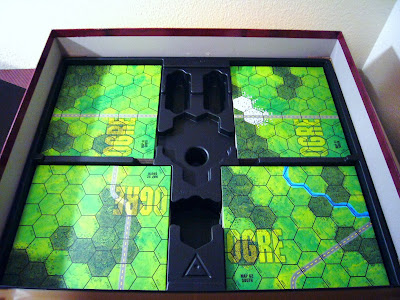 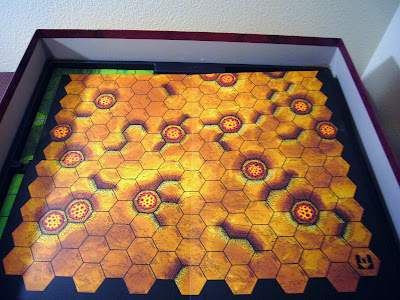 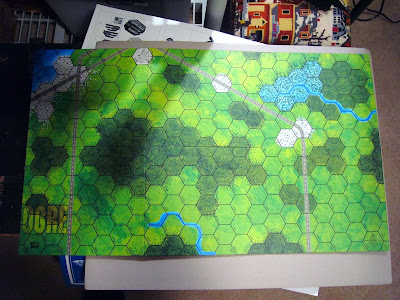 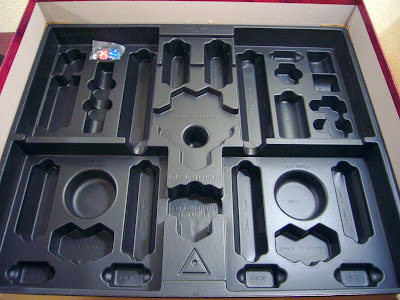 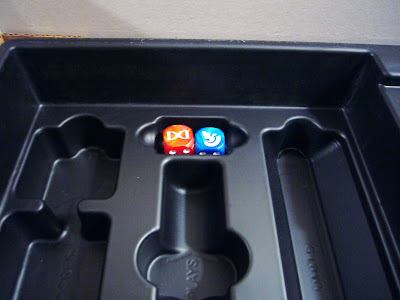 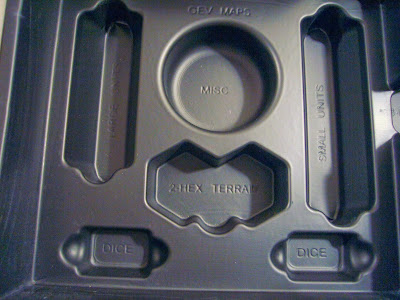 Ogre Designer's Edition is a must-have for Ogre fans.  Even for you non-Ogre fans, this edition will make a fine addition to your collection.
Posted by Ted Henkle at 6:30 AM No comments: 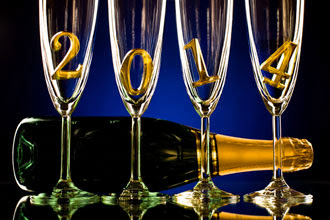 Best wishes to all of you throughout the New Year.

Thank you for your support, comments and compliments.
Posted by Ted Henkle at 12:30 AM No comments: