I grew up in Upstate New York, and part of our K-12 education was learning state history.  But it wasn't all boring book learning. One memorable family trip was to Lake George, which of course included tours of Fort Ticonderoga and Fort William Henry.

I must admit though, I've never read the original work The Last of the Mohicans.  Instead, I settled for it in the form of a Classics Illustrated comic.  And I absolutely love the 1992 film.  In fact, the movie's soundtrack got me hooked on collecting soundtracks to other movies I like.

Anyway, despite my lack of literary cred, I've always been interested in the French and Indian War (F&IW).  I wouldn't consider this my favorite era in military history.  However, it's intriguing to me how this conflict took place in the region where I grew up, and that other nations--both European and Indian--were vying for control of what was once the western wilderness.

Five years ago, I was lucky enough to attend Fright Night Gaming at Ft. Steilacoom and play a game of Muskets & Tomahawks.


I liked the rules so much, I bought them shortly after Fright Night 2012.

My gaming buddy Dean, painter extraordinaire and author of the popular WAB Corner gaming blog, offered to sell me his F&IW miniatures collection.

To say that I jumped at this chance would be an understatement.

So here it is folks, Issue #3 of my WAB Corner Collection.

Since you can't have a French and Indian War without the French, I'll start off with the soldiers of France.  Most, if not all these figures are from Redoubt Enterprises.


First, here's a squad of irregulars known as Coureur des Bois ("Runners of the Woods"): 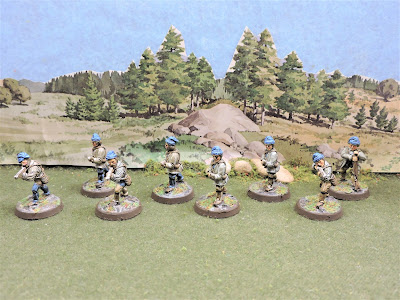 Next, are a squad from the Compagnies Franches de la Marine (French Marines): 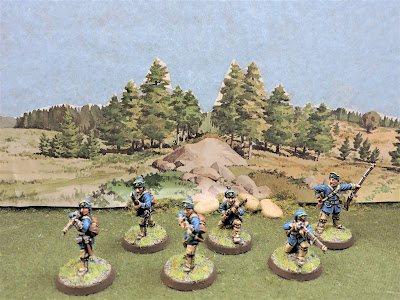 Now to the more standard units.

Here are some grenadiers along with their pike-wielding sergeant and a drummer from La Sarre Infantrie Regiment... 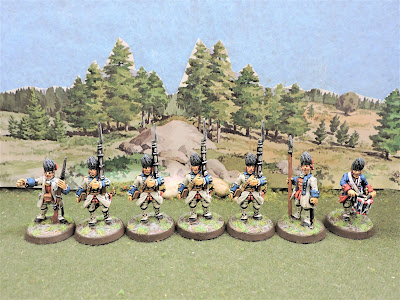 ...followed by a squad of run-of-the-mill musketeers: 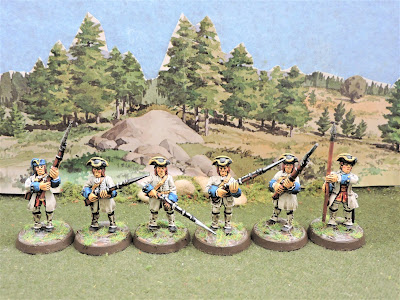 Finally, here's another squad of grenadiers, this time from La Reine Infantrie Regiment... 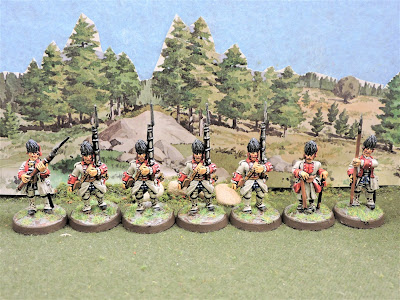 ...and their accompanying musketeers: 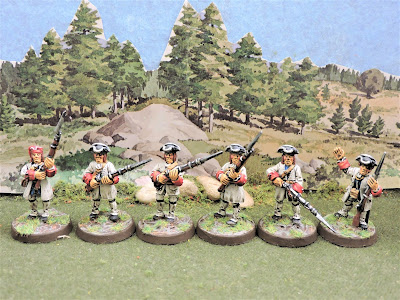 I know I said you can't have a French and Indian War game without French, and the same goes double for Indians.  Unfortunately, I don't have any--yet.


This squad of Rogers' Rangers came from Front Rank Figurines. 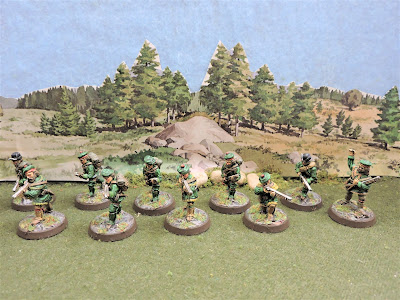 While these grenadiers from the 78th Highlander Regiment, sometimes referred to as Fraser's Highlanders are from Redoubt Enterprises. 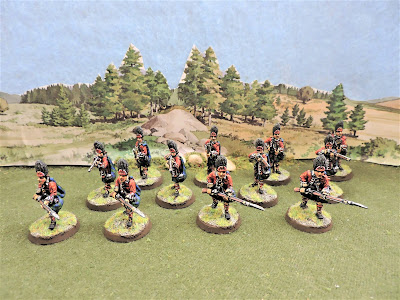 I liked the way I posed these guys so much I did a series of close-ups: 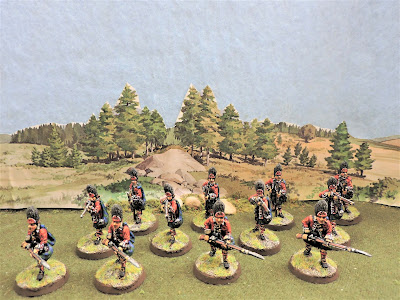 Next are some non-Highland grenadiers from Wargames Foundry Seven Years War Collection.  This squad is ready to lob their grenades: 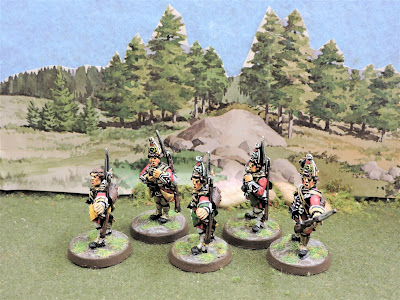 Grenadiers were often detached from their parent regiments, and formed into ad-hoc assault units.  Dean divided his grenadiers into two groups.  The first is possibly from the 35th Regiment of Foot (Royal Sussex)... 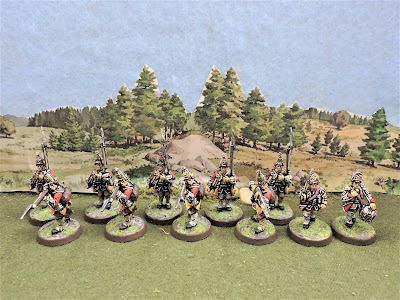 ...while this second squad with green facings could be from the 45th Regiment of Foot (the Sherwood Foresters): 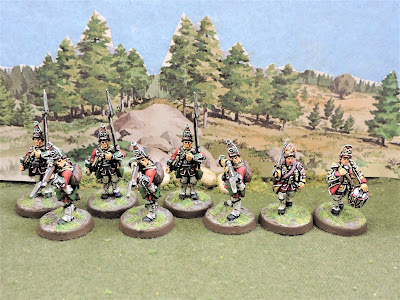 In both pictures, I used the same drummer and officer from Foundry's Grenadier Command Set.

Speaking of commanders, I used the rest of the Grenadier Command Set to act as bodyguards for Major General James Wolfe who's figure is the leading personality in Front Rank's Wolfe Army Collection. 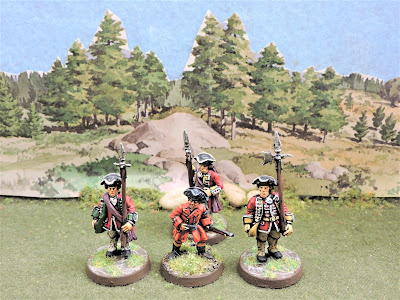 I wonder if any of them are "...the johnny who knelt beside Wolfe at Quebec..."?

Well, there you have it, my French and Indian War collection--minus the Indians.

Now I just need to buy lots of some Woodland Indians, and some appropriate buildings, oh, and some more trees...

Note:  Attributing figures to their correct manufacturer was something of a challenge.  I had to scroll through my Facebook message traffic with Dean to figure out what companies made what figures.  So I hope I got it right.

Part of my inspiration for making wargame-related webcomics comes from reading the daily funnies.  Since I moved to the Pacific Northwest, my "default site" for the funnies has been the Seattle Times.

I was touched to find a couple comic strips that paid tribute to 9/11.

My favorite was from Dick Tracy by Joe Staton and Mike Curtis: