The Adventure of the Sherlock Holmes Exhibit


The following is a "photo album" I concocted using Comic Life illustrating our visit to the International Exhibition of Sherlock Holmes while it was housed at the Pacific Science Center.

Click on any image in order to get into "slide show" mode, and to enlarge the view.

I'm not sure where the exhibit is heading next, but my wife and I highly recommend it.

We didn't buy anything at the gift shop, even when everything was on sale, because we weren't interested in the items, or already own them.


As the 138th anniversary of the battles of  Isandlwana...


...and Rorke's Drift neared, I asked a friend and fellow war movie aficionado if he'd seen the movies
Zulu Dawn... 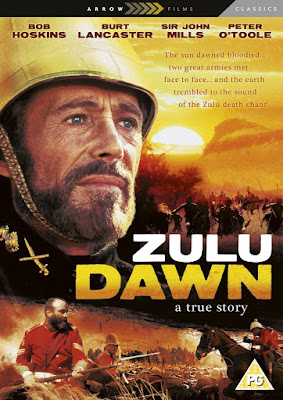 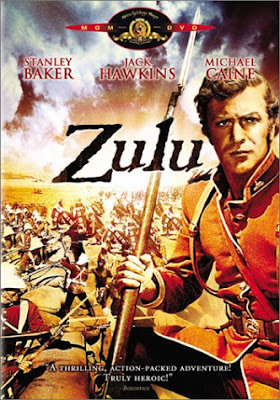 So a few days before today's anniversary, we staged a Zulu movie marathon.

Since these movies have been out for nearly half a century, I don't have anything new to add, other than I love both films--despite their flaws.

Zulu Dawn has a 4.2 star rating on Amazon.com while it's predecessor Zulu, holds a 4.7 star rating.

While I love these movies, I give them about a 4-star rating myself, for the all same reasons stated by the less-than 5-star raters.

I noticed a lot of complaints about the quality of the Zulu Dawn DVD, which is something I noticed in my own copy.  The older film Zulu, has a better image.

Both movies perpetuate a few myths about the Zulu War, and have a considerable number of editing and historical mistakes:  10 for Zulu Dawn and a whopping 45 for Zulu.

But knowing these, I still enjoy films.

For writers, check out Zulu's entry in TV Tropes.

I also have John Barry's kickass score for times when I'm not in front of a TV or monitor...

Last week, my wife and I managed to get some time off--even on some of the same days.  On one of these "date days" we caught matinee of Rogue One.

To be honest, I wasn't sure how I'd feel about this latest Star Wars movie since I wasn't all that crazy about The Force Awakens...

...an-n-n-d I just realized I never wrote a movie review for The Force Awakens (8.1 stars out of 10 on IMDb), which we saw about this time last year.

Well, since I'm lazy I want to save blog space, this review by Honest Trailers... 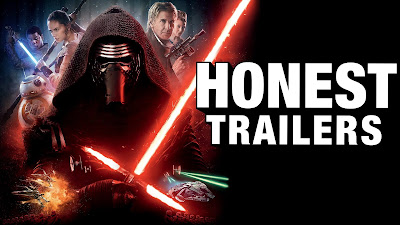 ...is funnier than anything I could write nails the good, the bad and the ugly about The Force Awakens.

Okay, now back to Rogue One.

Ever wonder how the Death Star plans ended up in Princess Leia's possession?

Well, Rogue One, which fits right into Episode IV A New Hope...

...is the story of the ragtag bunch of misfits who steal the plans, deliver them to the Rebel Alliance and--Spoiler Alert!--pay for it with their lives.

I loved this movie, and consider it one of the best Star Wars films made to date.

I'm wondering if I'm just being a fanboy by rushing to give the film a 5-star rating.  (It also received 8.1 out of 10 stars on IMDb).  I'll probably have to watch it a few more times to actually see any plot holes.

While I love the Star Wars franchise overall, it's easy to become cynical about it, especially since it falls into the trope of having the main characters doing everything.

Seriously.  Can't the "...galaxy far, far away..." even in the expanded universe, function without Luke, Liea, Han and Chewie?

Rogue One breaks this pattern.  And this is what I love most about the movie.  Swiping the Death Star plans cost the Rebel Alliance dearly.  It's not just red shirts dying on-screen, but the main characters.  All of them.

Even though this was a story about new characters on a one-way mission, there were plenty of appearances by iconic characters, thanks to cool, but sometimes unsettling CGI.

I'm not merely referring to Grand Moff Tarkin or Princess Liea either.  I got the biggest kick out of recognizing some of the rebel fighter pilots.  I didn't see Porkins, but some fans claim they did.

If you've never seen a Star Wars movie (I know of some people who haven't), then you only need to watch the original, Episode IV: A New Hope to fully appreciate the plot.

I use to love reading movie novelizations, because I'd gain deeper insights into the characters, setting and action.  However, haven't read movie-to-book in ages.

I think Rogue One will be worth reading.

Oh, and I'll probably be purchasing any Rogue One related wargame and role playing game materials once they're published.