Pass in Review: Some German Vessels of Cruel Seas, Part 1

So far, I’ve only completed a few Kriegsmarine craft.

The first, are a pair of “War Fish Cutters.”

Both are painted nearly identical, except the large life rafts are orange on the first vessel... 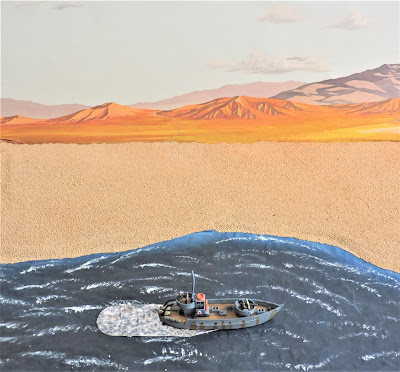 ...and yellow on the second one: 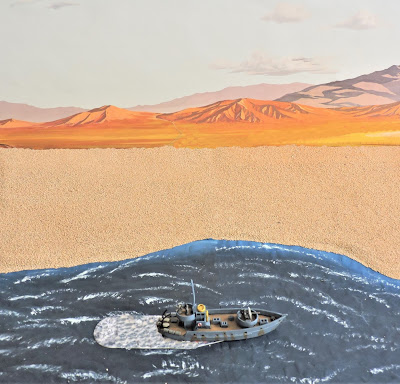 I guess I’ve been too infatuated with the larger, Kriegsmarine ships, because I never heard of Kriegfishcutters until I started collecting Cruel Seas vessels.
The hull and superstructures were painted “Wolf Fur” gray from my  Army Painter set, while the deck was painted “Leather Brown” from my Reaper Learn-To-Paint kit.  I splashed on some Vallejo Paint grey and rust ink-wash to give the boats a grungy, weathered look. 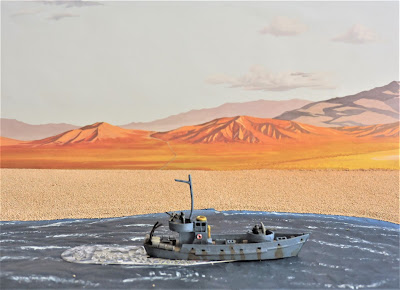 Since I have a large micro-armor collection, I wanted to get some of my Siebel Ferries finished and ready to go.

Two are now painted, while I have two unpainted ferries still “in dry dock.”

I wanted my ferries to be as versatile as possible, so I didn’t glue any of the guns to the vessels’ deck.

Here’s a couple of bare-deck views: 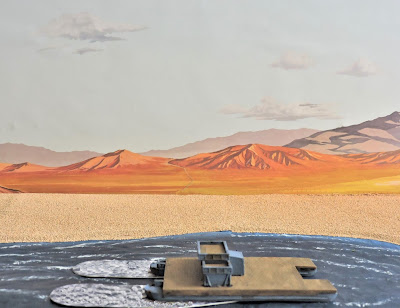 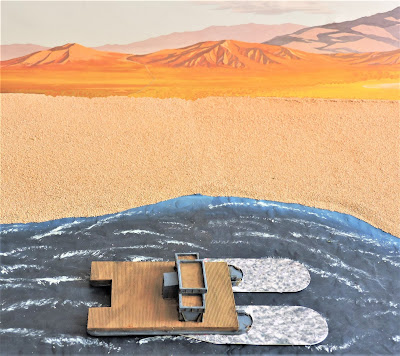 Here’s a couple of views, of a ferry in “full gunship mode:” 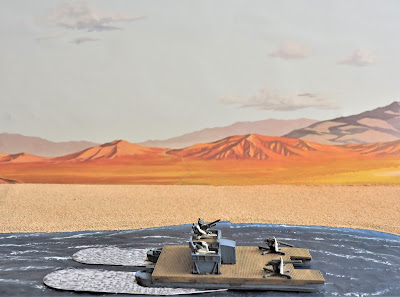 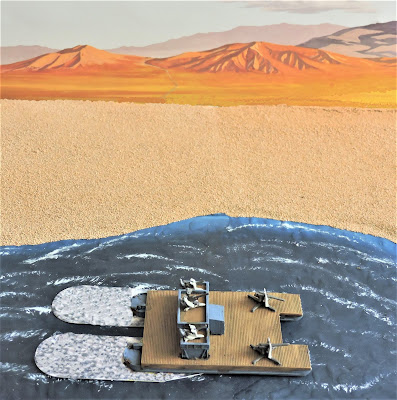 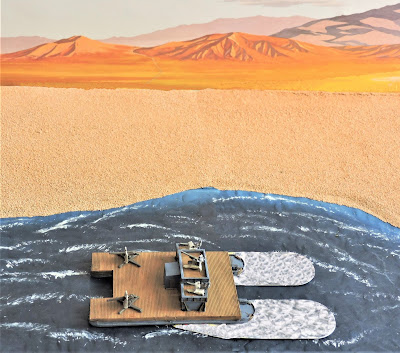 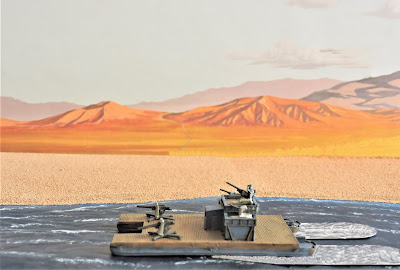 I don’t know if having "loose cannons on deck" will be practical during gaming sessions.

However, I want to try and utilize these vessels for transporting vehicles during a game session.

Here’s some views of a ferry carrying several vehicles: 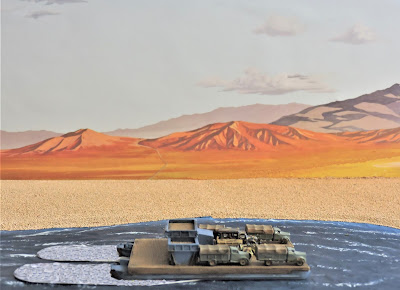 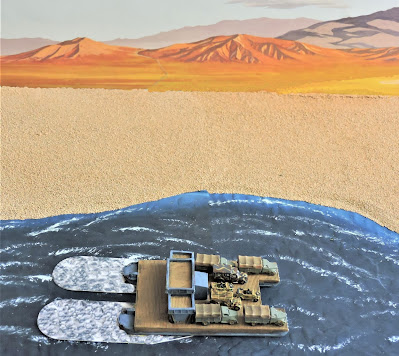 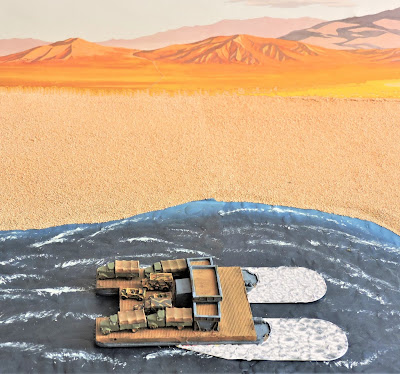 I have a lot more ships and boats to assemble and paint.  I’m not sure which vessels I’ll start working on next.  I have a few other painting projects I want to finish first, but please stay tuned.

Pass in Review: Some Japanese Vessels of Cruel Seas, Part 1

I’m still in the process of painting the smallest and easiest boats in my Cruel Seas collection.
The following are some examples of my Imperial Japanese Navy vessels.
I finished-up the last of the Daihatsu-class landing craft. 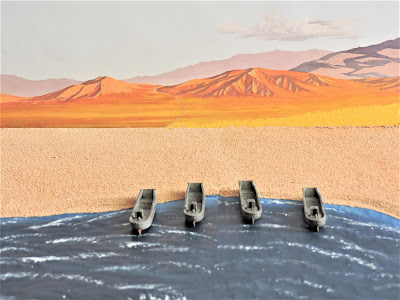 Unlike “fully manned” set, these empty versions are taken from the deck of the No-1 class fast transport T-6, which I haven’t gotten around to assembling yet. 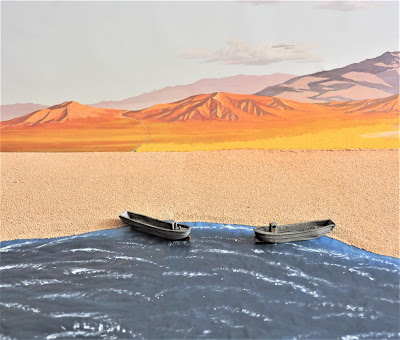 Next, I assembled and painted four AB-Tei gunboats 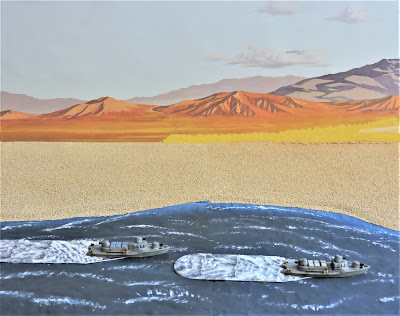 These armored boats were actually used by the Imperial Japanese Army to support their riverine operations in China. 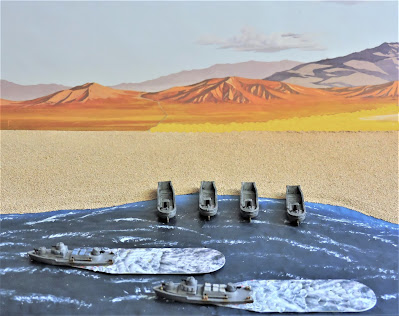 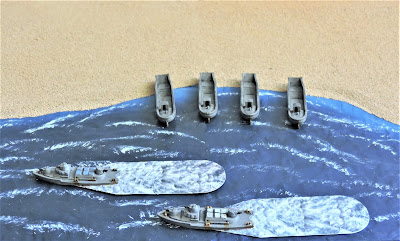 I found these vessels easy to assemble (super gluing 3 turrets), and paint.  I tried distinguishing the individual ships by painting the 6 midship top hatches a different color., while the main hulls are “Filthy Cape” grey, with grey ink wash.
During World War II, Japanese forces employed a number of special attack units... 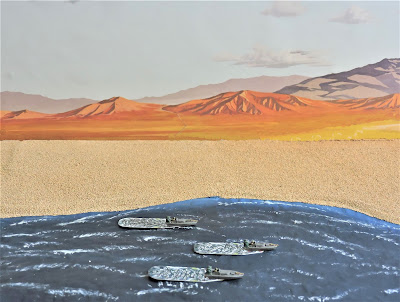 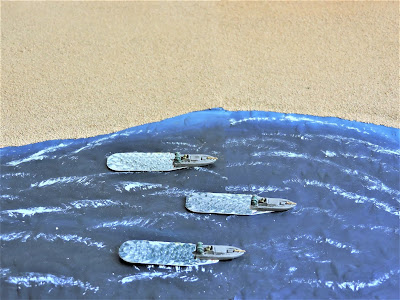 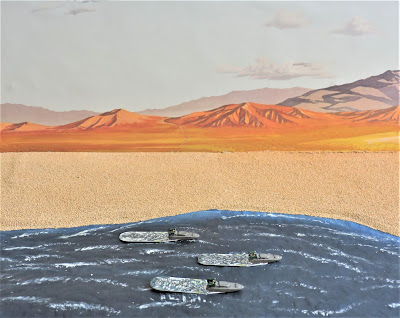 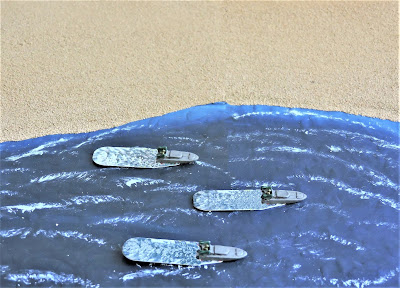 These were the tiniest and easiest boats in my collection to paint, since they’re all solid pieces.
More than 400 allied vessels were struck by Japanese suicide attack weapons during the last year of the war... 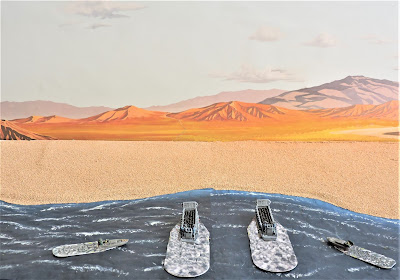 ...everything from landing craft to battleships and aircraft carriers.
A couple years ago, historians discovered a kamikaze boat base on Formosa.
My next Cruel Seas post will feature a couple of German vessels.  Stay tuned!
Posted by Ted Henkle at 4:00 AM No comments: