Product Review: Fury of the Norsemen


I stumbled across a copy of Metagaming’s  Micro History #4: The Fury of the Norsemen, at Noble Knight Games.

I remember seeing it when it first came out in the early ‘80s but I never picked it up.

I often use board games as a campaign system, or a scenario generator for miniature battles.  So I decided to buy it, figuring I could use this in conjunction with Saga, Song of Blades and Heroes, or other hack & slash skirmish games I own.

The box art is more appropriate for a sword & sorcery fantasy setting than a historical one.

While the exterior artwork is well-done, if a bit over-the-top, the map and counters show their 80s vintage printing quality. 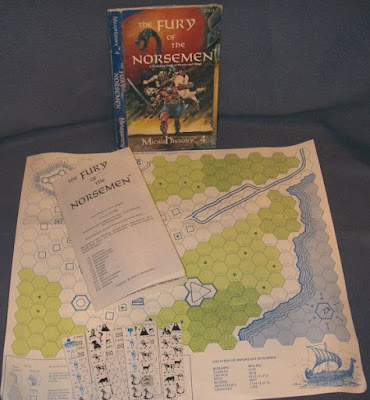 But hey, one can’t expect much for a pocket-sized game that originally retailed for $3.95. 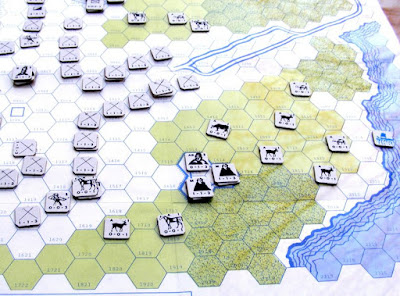 Despite the quality-control issue, opinions of the game are generally favorable.  In his extensive review, Corey Butler considered the game flawed but fun.

In addition to Corey’s comments, I’d add that when I received my own copy from Noble Knight Games, it game in a large plastic envelope because the box itself was crushed. But once again, you can’t expect a 28 year-old mini-game to withstand the rigors of time.

One of these days, I hope to play this as either a stand-alone game as it was intended, or as a mini-campaign.

When I do I’ll be sure to do a battle report on it. 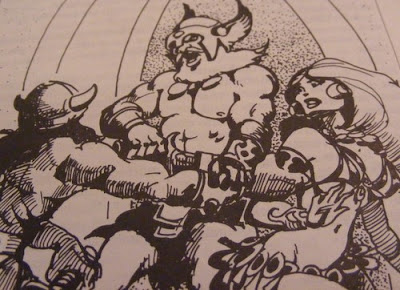