Since I'm a mediocre painter, I'm a big fan of cardboard terrain.

Come to think of it, I'm not much better at assembling pre-painted buildings either.

Which is why I like Runestone Entertainment's Model Card Shanty Town.

While actual shanty towns are, sadly, an all-too common sight in our world, they're often the settings for Dystopian-style games and stories, also known as Crapsack Worlds.

So they can fit anywhere from Terra Firma to a recently terraformed world.

Runestone's Shanty Town currently can be downloaded for $6.95.  But Drive Thru RPG often has sales, or even offers stuff for free.  So check the site as often as you can.

You can either print the material on card stock yourself or take it to a print shop.  (There's a local print shop I like going to because their card stock is sturdier and their ink better quality).

Not all the Exterior Templates fit completely over the walls and roof.

This is deliberate in order to give buildings that slap-dash, scavenged look.

First, are some "public buildings," which could be stores, warehouses or dive-bars. 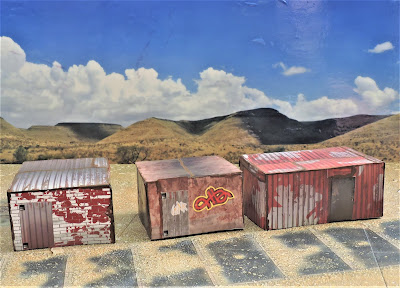 Here's the right-side view of the "general store," (first building on the left), and the rear views of the other two buildings. 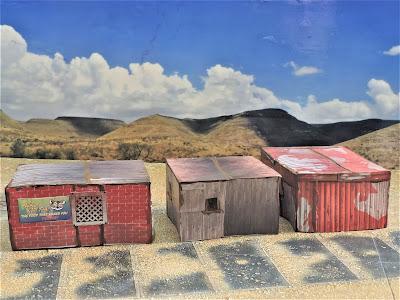 The left-side view of the "general store," along with rear views of he other two buildings.  (Their sides are just plain walls with no unique features). 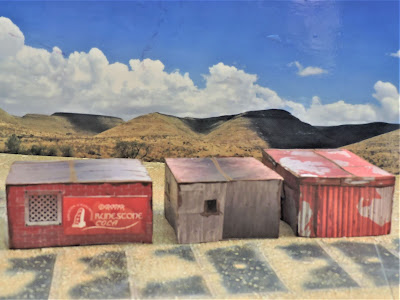 Next are some "private buildings," which could be dwellings, or storage facilities. 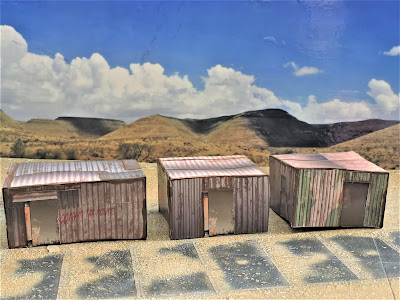 Once again, the side views are plain walls with no unique features. 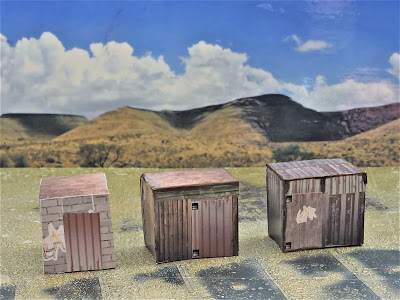 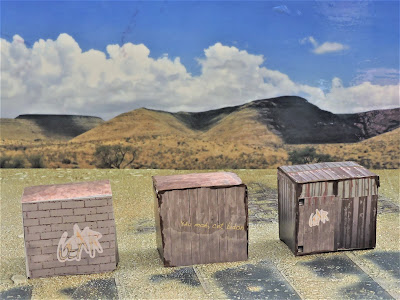 While I question my skills at assembling cardboard models, I liked how these structures turned out because they're suppose to look decrepit.
Posted by Ted Henkle at 4:00 AM No comments: 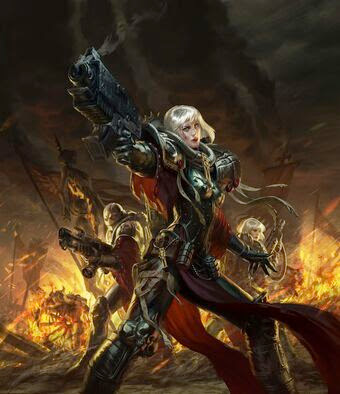 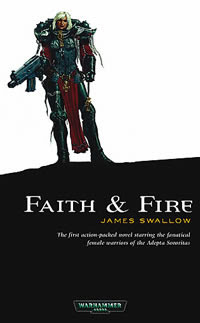 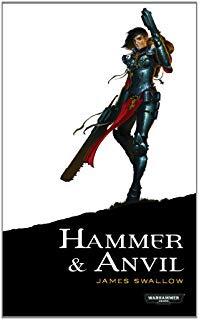 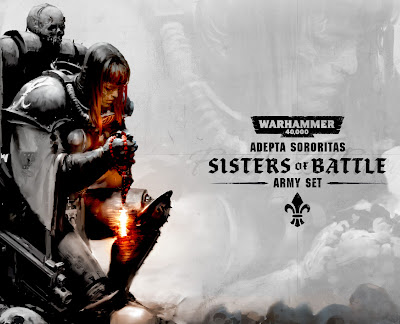 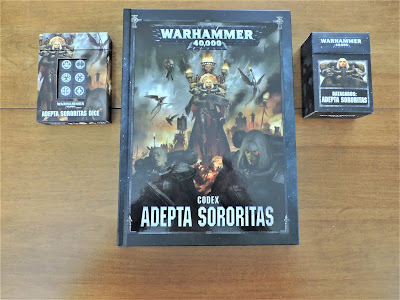 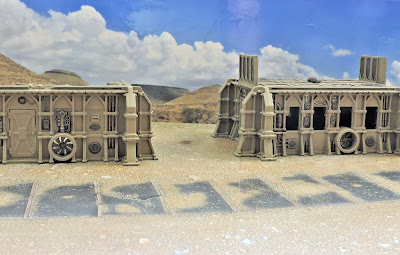 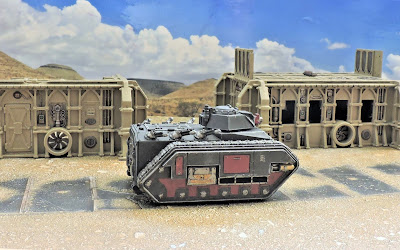 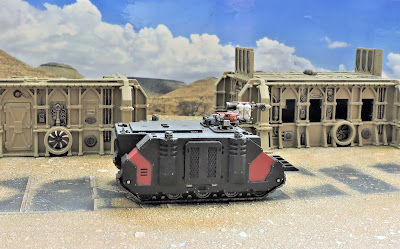 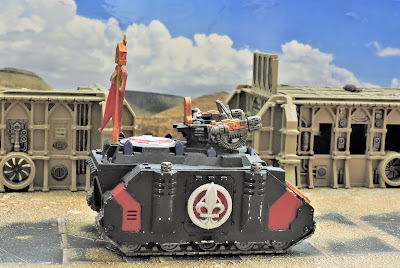 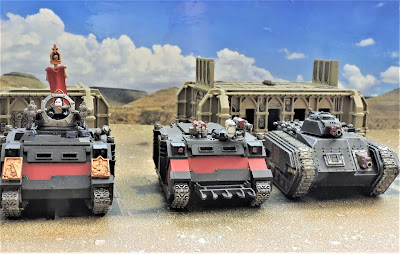 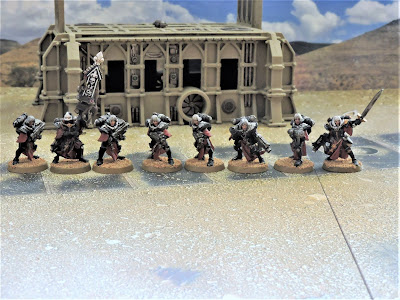 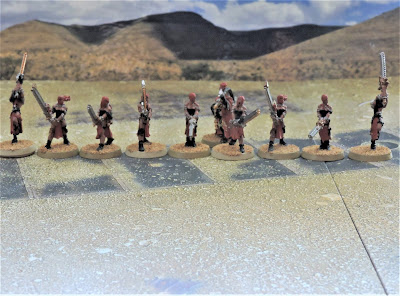 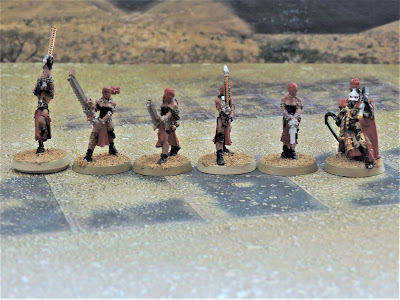 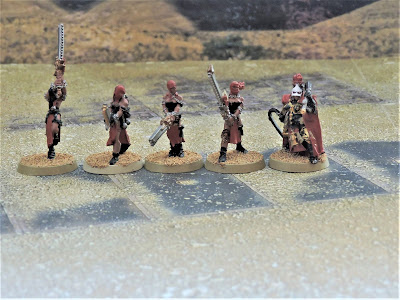 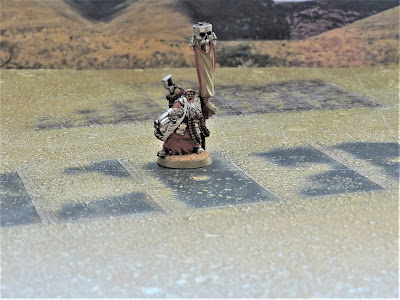 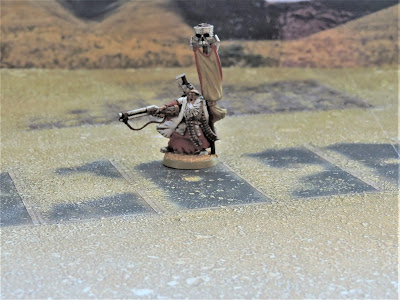 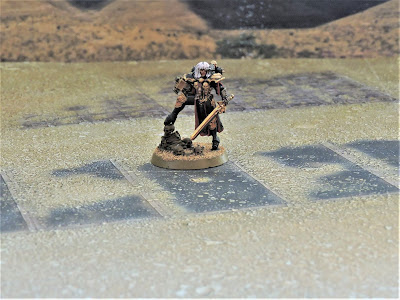 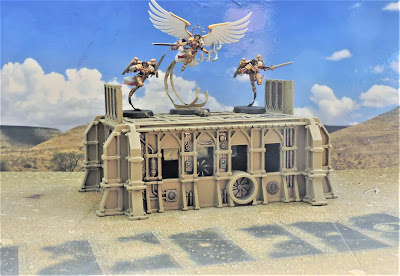 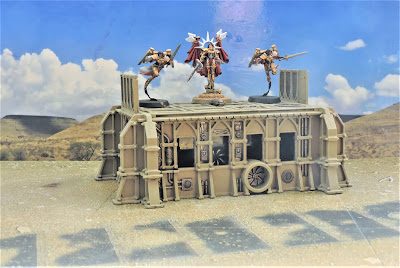 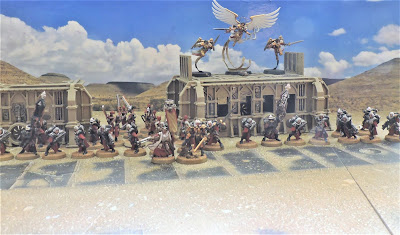 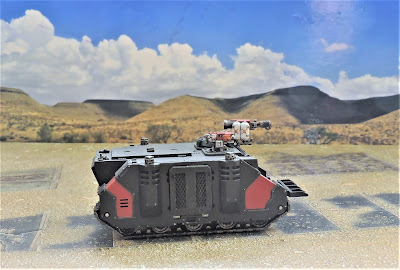 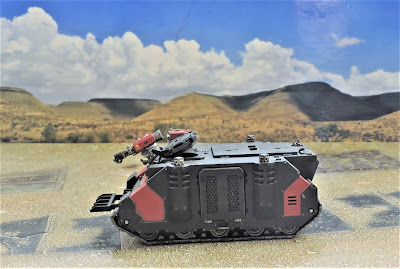 Regardless of how involved you are in WH40K, I hope you enjoy the information presented here.
Posted by Ted Henkle at 4:00 AM No comments: