T'was the Swap Meet Before Christmas...

A few days before Christmas I ventured up to the Angel of the Winds Arena for the 13th Boardgame & Miniature Swap Meet hosted by OOP Games & Hobby.

The venue was nice, large enough to accommodate all the vendors and easy to get to once off I-5.

Since I left 30 minutes later than I planned, I rushed off without my cameras, so I don't have any "man on the street" pictures to post.

My usual quest at these affairs is purchasing items I don't have to cut-out, paste together or paint.

For the most part I was successful in this endeavor.

One vendor, I'm afraid I didn't get his name, was selling off spare items from the several Warhammer 40K Rogue Trader Kill Team Starter Set. 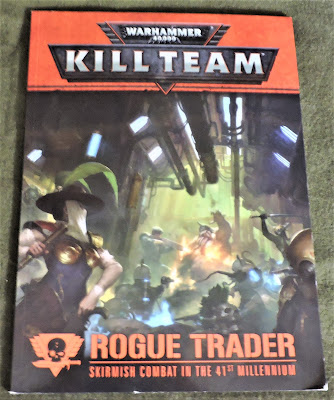 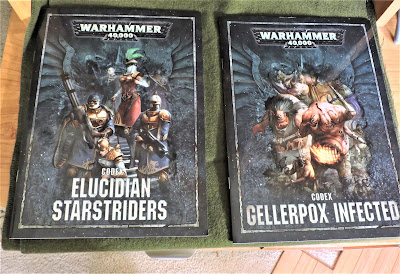 ...the double-sided, mounted playing board... 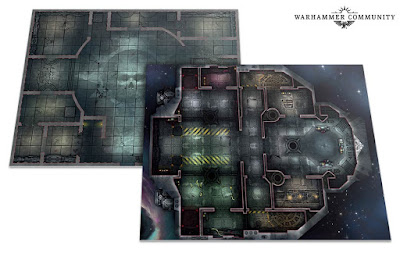 ...and the status counter sheets.

Okay, that's one item I have to punch out and trim, but there's less than 50 counters, unlike many boardgames which contain hundreds of them. Even over a thousand if you consider monster games.

I've never been good at haggling.  But when I asked another vendor about these near-future, pre-painted figurs, he said it was $25... 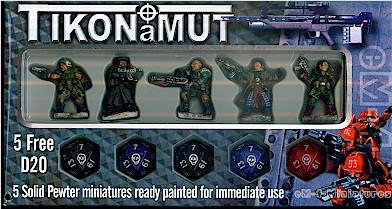 ...But then added prices could be negotiable.

When I offered him $20, he accepted.  Upon my return I conducted  a quick Google search an extensive on-line research and found these figures sell for about $20-$33.

So I got another deal.

The most expensive item I bought turned out to be this WH40K-ish looking dice tray made by Carrie Emmerich, artist and proprietor of Omnibusy. 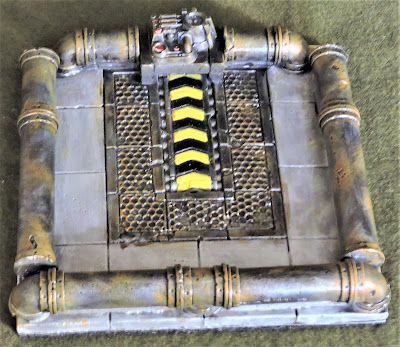 She also runs a Tumblr blog called Iris of Ether.  The dice tray cost me $30.  But as we concluded my purchase, some of the furniture figures on her display table caught my eye. 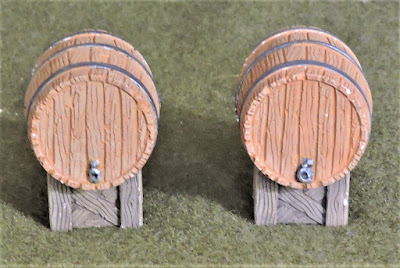 Carrie originally wasn't planning on sell them, but offered them to me for $5 each.

Unlike previous swap meets there were a number of non-gaming vendors, specifically artists and authors.

While I spent some time chatting with these folks, along with other game vendors, I didn't spend any more of my money.

I always feel rather bad when I don't help out small/at-home business owners.  My late mom was an artist and attended art & craft shows throughout her life.  Plus I'm a wannabe writer myself.  So I know how hard it can be to make a profit at various shows, conferences and conventions.

However, I couldn't bring myself to buy anything else I was interested in, or something I have no room for, like this:

One vendor did have this Star_Wars_Miniatures AT-AT but I had to pass it up due to lack of shelf & storage space.

Here's a list of the game vendors, artists and authors I talked with and picked up business cards from before departing:

This has been the second swap meet I managed to attend. The last one two years ago, which I didn't even get a chance to write about. What keeps me away is my rotating work shift.

Hopefully it won't be another two years before I can attend the next one.