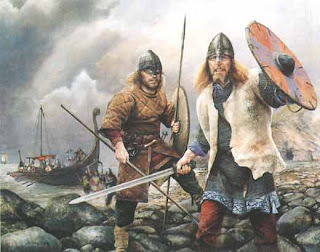 (Image: "The Sons of Odin" by Chris Collingwood, depicting a Viking raid on the west coast of England circa 890 AD).

From the sidebar notes of my latest movie posted today on YouTube:

This is the movie verison of an article I wrote for Historical Miniature Gamer Magazine (Issue #11) last year. The show illustrates the highlights of a medieval mini-campaign I ran, based on the Battle of Maldon which was fought in Essex, on 10 August, 991 AD. While this is actually the first movie I made, I've withheld posting it until I could find the right soundtrack and graphics.

My camera and computer were new at the time so I was unfamiliar with all the settings and capabilities. Despite the technical difficulties, this was one of the most fascinating games my group played and I wanted to share it.

In the actual battle the Anglo-Saxon army scattered and it's leader Byrthnoth was killed. But in our game the Danish invading forces were wiped out.

How did this happen?

Two Danish battlegroups attempting to reinforce King Olaf stranded on Northey Island, landed on opposite sides of the Blackwater River. The battlegroup that landed on the southern bank was unable to organize itself andremained on the beach. (This was due to not being able to draw any movement cards from the campaign command deck). Meanwhile the battlegroup that landed on the north bank, struck-out on a pillaging expedition, moving further inland--and away from their ships.

On the other hand the two Anglo-Saxon battlegroups dispatched to reinforce Byrhtnoth remained on the southern side of the river in order to mutually support each other. While several settlements were pillaged, the marauding Danes were eventually cornered and defeated in detail.

The Battle of Maldon according to Wikipedia:

Here's a site that contains all sorts of information on the battle including a translation of the poem:

And for my fellow wargamers, the Fanaticus website has a Maldon scenario for DBA (De Bellis Antiquitatis):

http://www.fanaticus.org/DBA/battles/maldon.html
Posted by Ted Henkle at 5:30 PM No comments: 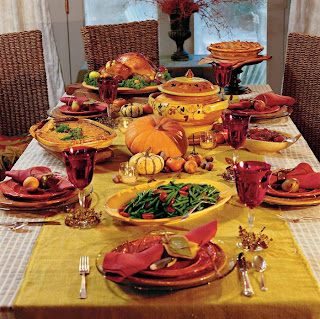 Especially to our men & women in uniform who are away from their families and deployed to harm's way. 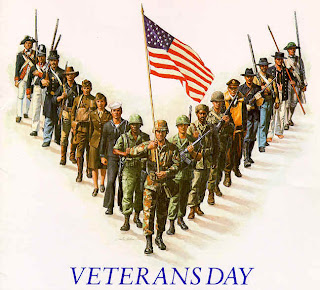 The origins of Veterans Day (also known as Remembrance Day in the UK and Canada):

http://en.wikipedia.org/wiki/Veterans_Day
Posted by Ted Henkle at 4:00 AM No comments: 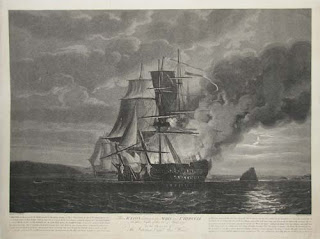 A couple of weeks ago I managed to steal some time and sit down with a friend to play "Flying Colors" by GMT Games. This product deals with fleet actions during the latter days of the Age-of-Sail, specifically from 1750--1815.

Since this was our first time playing this game we chose a two ship-to-ship duels.

Scenario 18.13, Goza de Candia, is based on the fight between HMS Leander (a British 50-gun ship-of-the-line) and the French warship Genereux (74-guns):

Scenario 18.11, Bec du Raz, is based on a fight between two evenly matched opponents, HMS Mars and the French Hercule (both 74-guns):

While miniatures are more visually appealing and are more popular with the You Tube audience, I still like producing boardgame movies. These films give me the practice I need while waiting for the next scenic miniatures event.
Posted by Ted Henkle at 7:37 PM No comments: