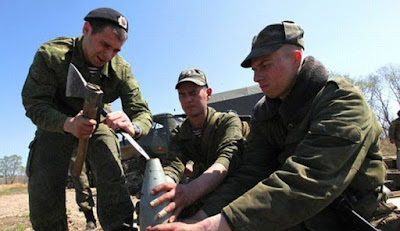 Early last week, I stumbled across the above photo posted on Facebook by the International Thriller Writers Organization (ITW).  It was a Caption This Tuesday Contest for their upcoming Thrillerfest XIII.

I concocted a caption, and a few days later, the ITW's Social Media & Authors Relations Manager notified me that I won!

Not satisfied with "resting on my laurels," I created this gag-a-day webcomic featuring my caption: 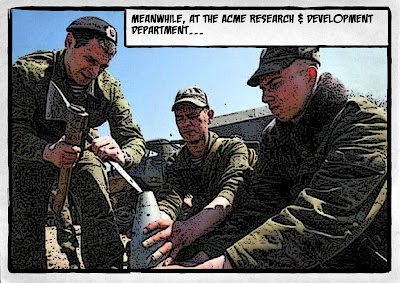 I also created this e-poster for ITW to use  in promoting their flagship conference: 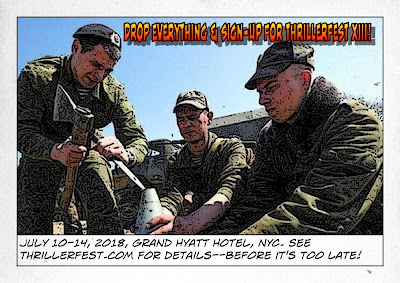 I attached copies of both of these back to the ITWs Social Media Manager, asking her if I could use these, along with offering them to ITW for their use.  She happily agreed.

My prize, a copy of The Drifter, by Nicholas Petrie, along with an ITW pen and some promotional flyers, arrived in the mail yesterday. 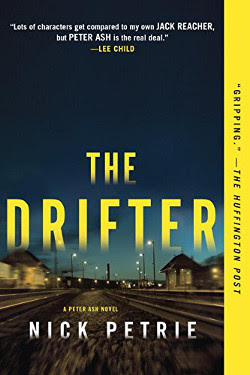 So, spending my youth and adolescence watching Looney Tunes wasn't a waste of time after all.
Posted by Ted Henkle at 5:00 AM No comments:

I've been tinkering with it for over a year now. I'm not 100% satisfied with it, but I'm not sure what else to do with it.

So instead of letting it continue to lay dormant, I thought I'd launch it.

I'll continue to work on it when I figure out how to improve it.
In the meantime, I hope you like it:

SternRakeStudio.com
Posted by Ted Henkle at 5:00 AM 2 comments: