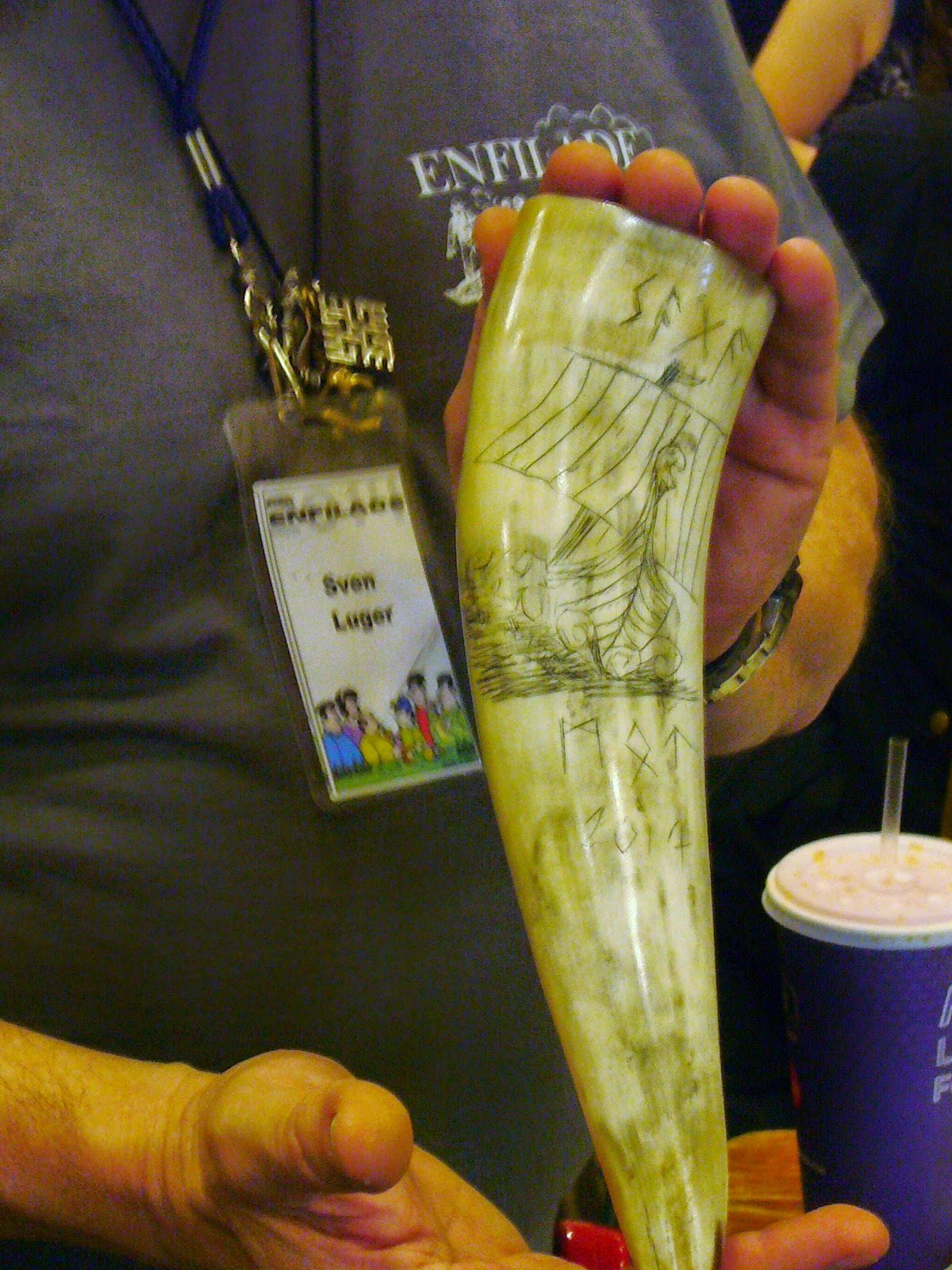 Despite my table-top fight-for-survival, I managed to take a few pictures outside my arena during this year's SAGA Tournament.  The Tournament was hosted by Sven Lugar and a dozen players took part in it. The grand prize, shown above, was a drinking horn hand-crafted by Sven himself. 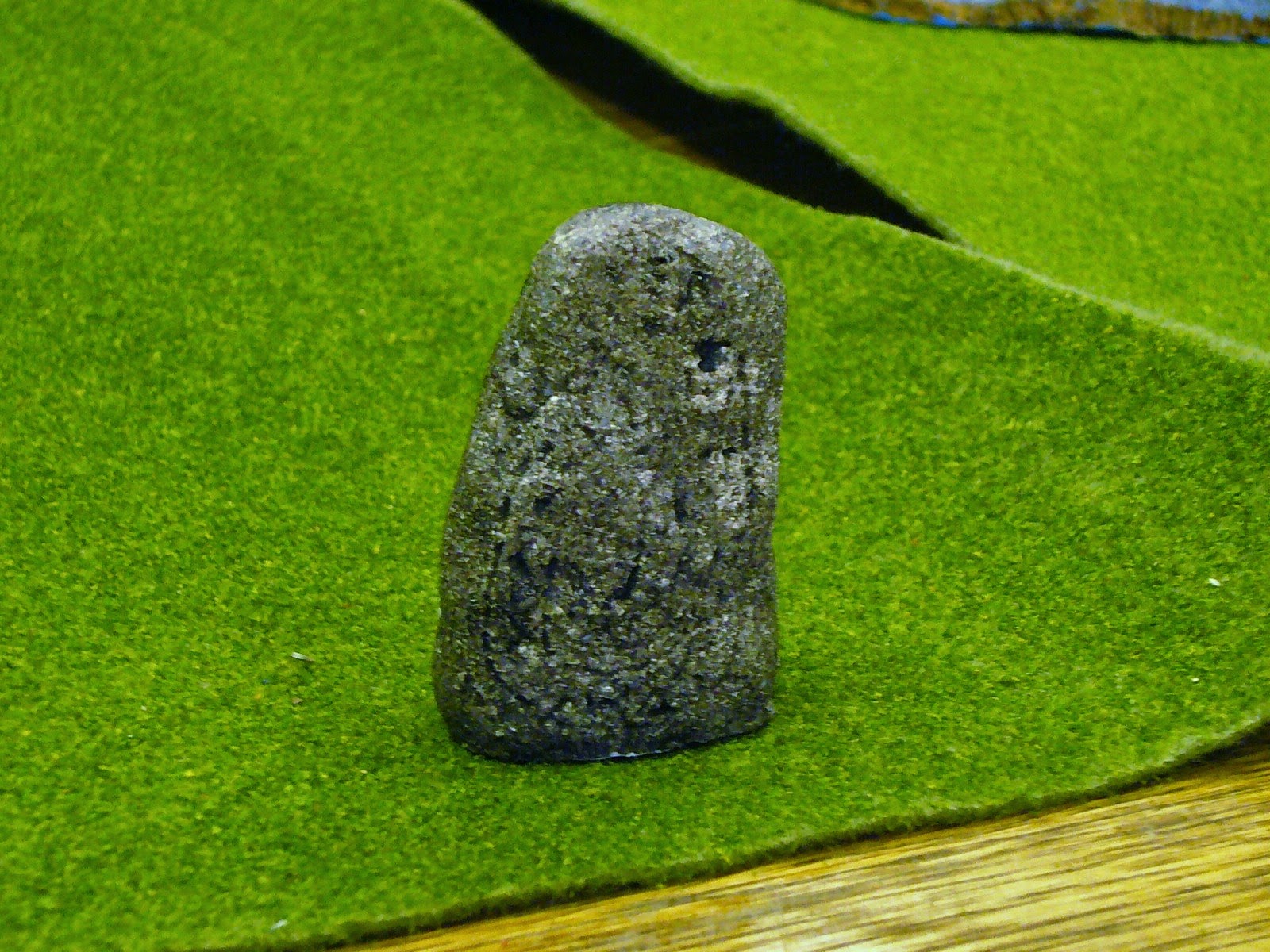 While everyone who participated in the tournament received a runestone also crafted by Sven. 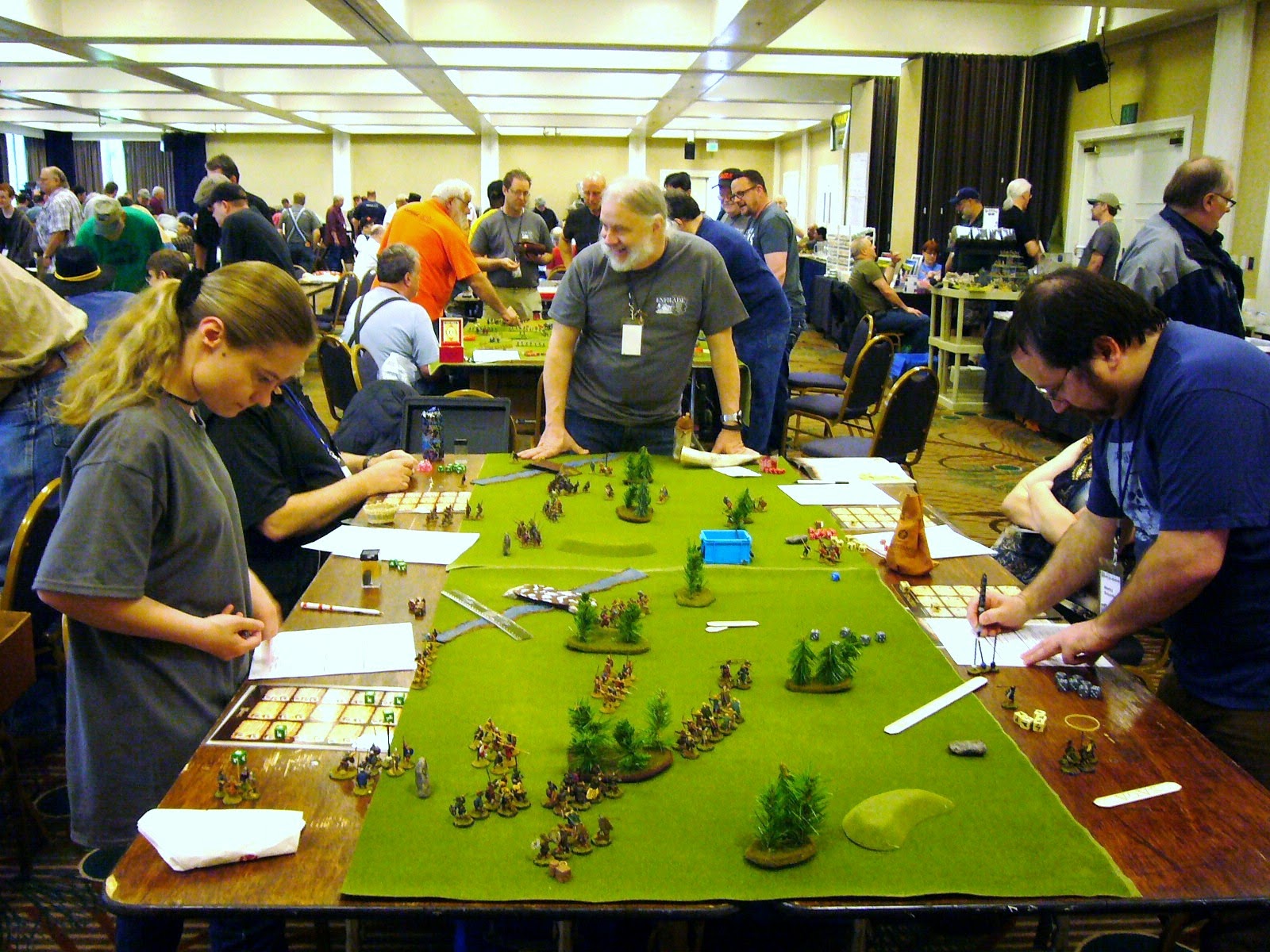 The tournament was held during the first two Saturday periods of this year's Enfilade! convention (Game Periods C and D).  Each player was encouraged to bring his, or her, own warband, but Sven brought all the terrain. 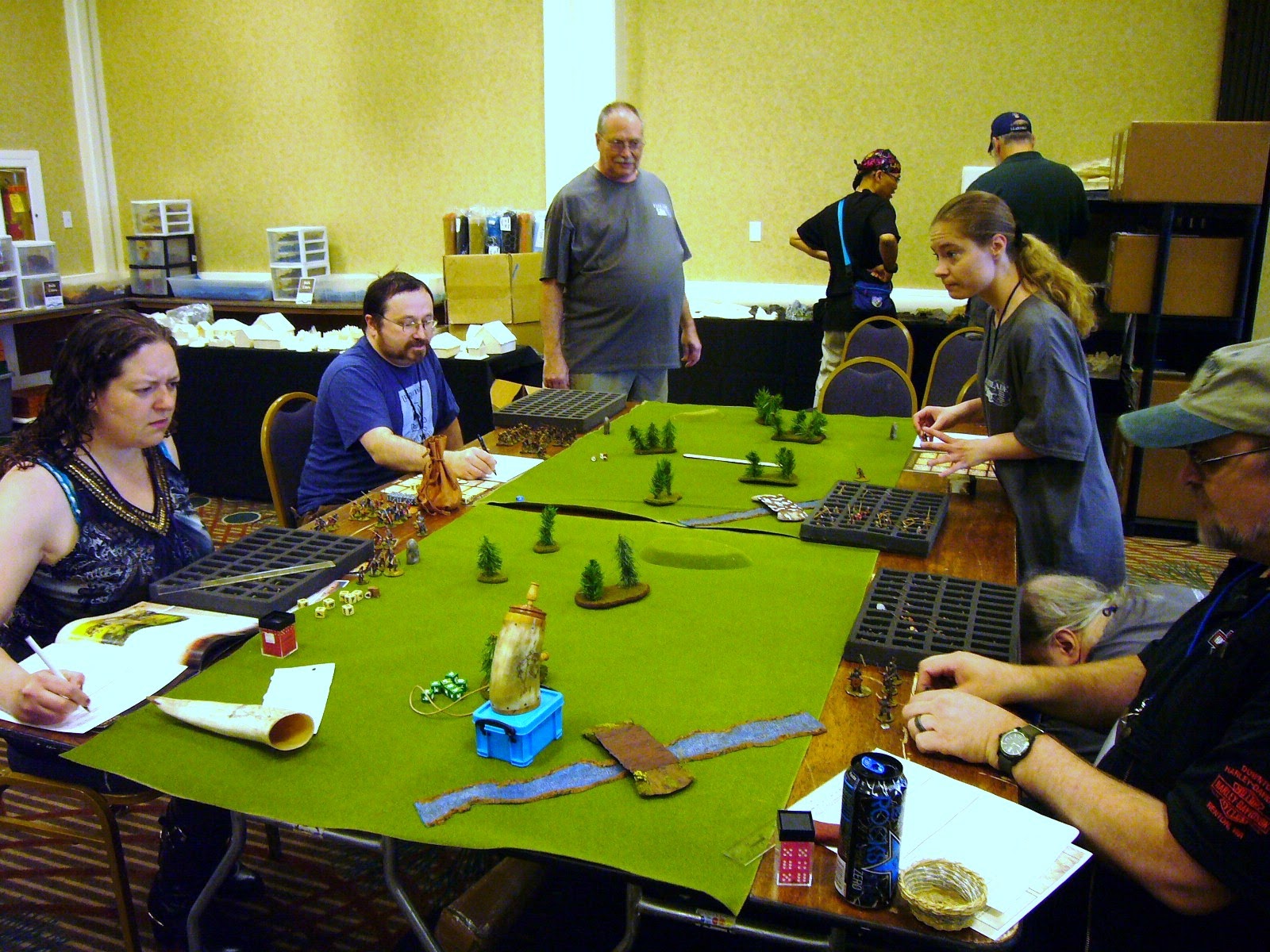 The games were based on various scenarios found in the SAGA rulebook: 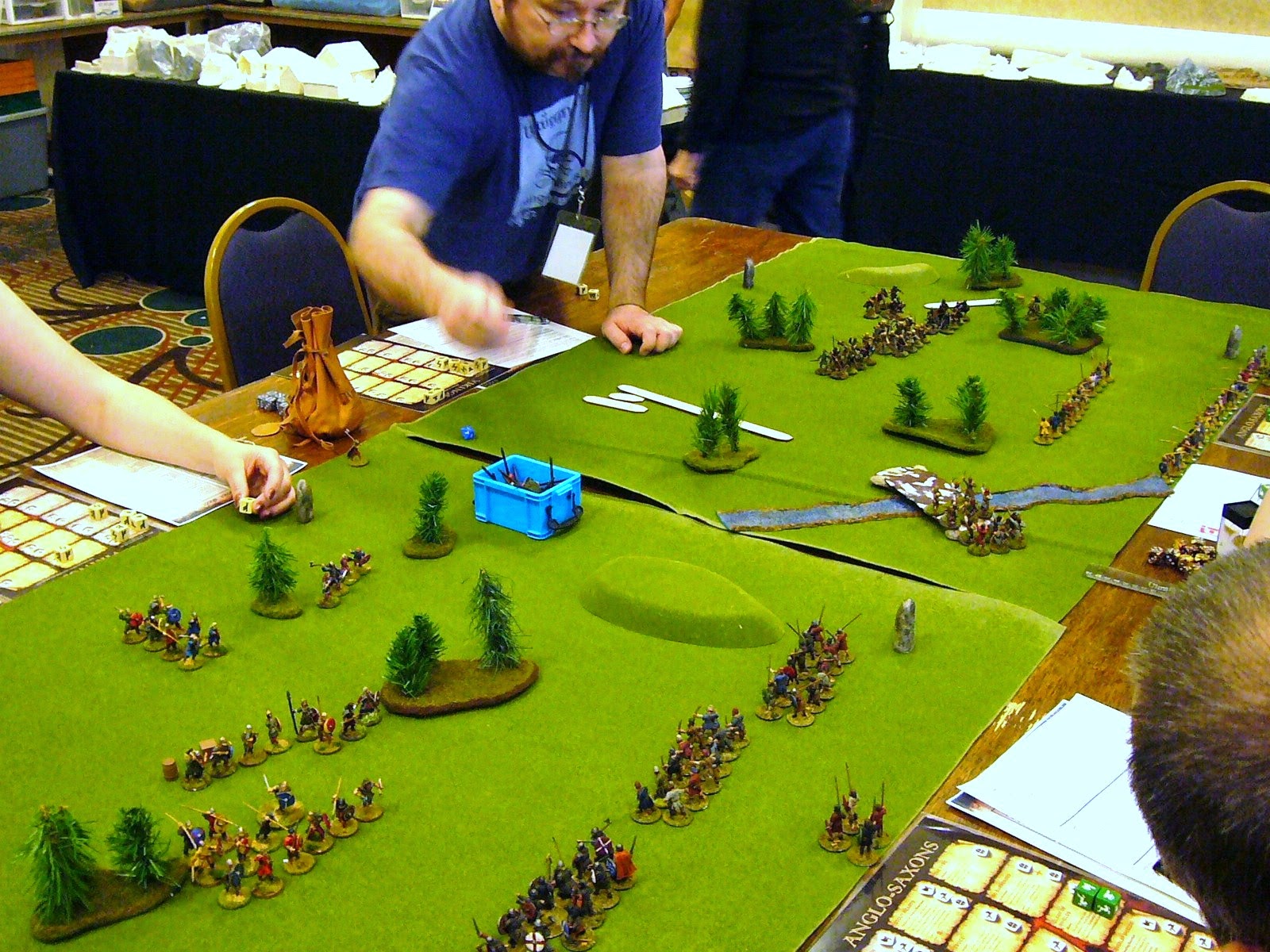 Each round was about an hour long, which gave everyone time to help Sven set up terrain for the next bout. 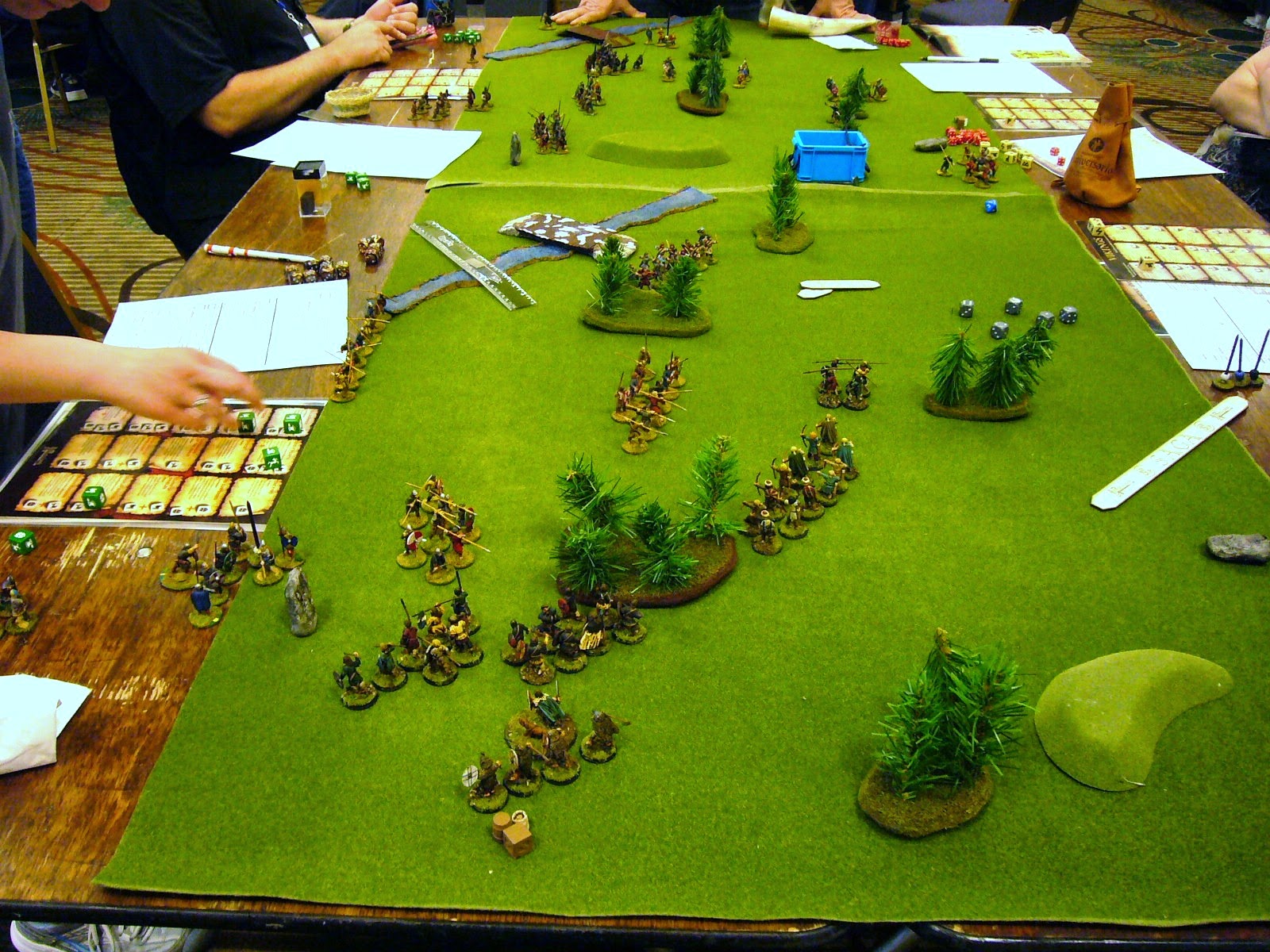 Everybody played the same scenario during each round, but often with different armies. 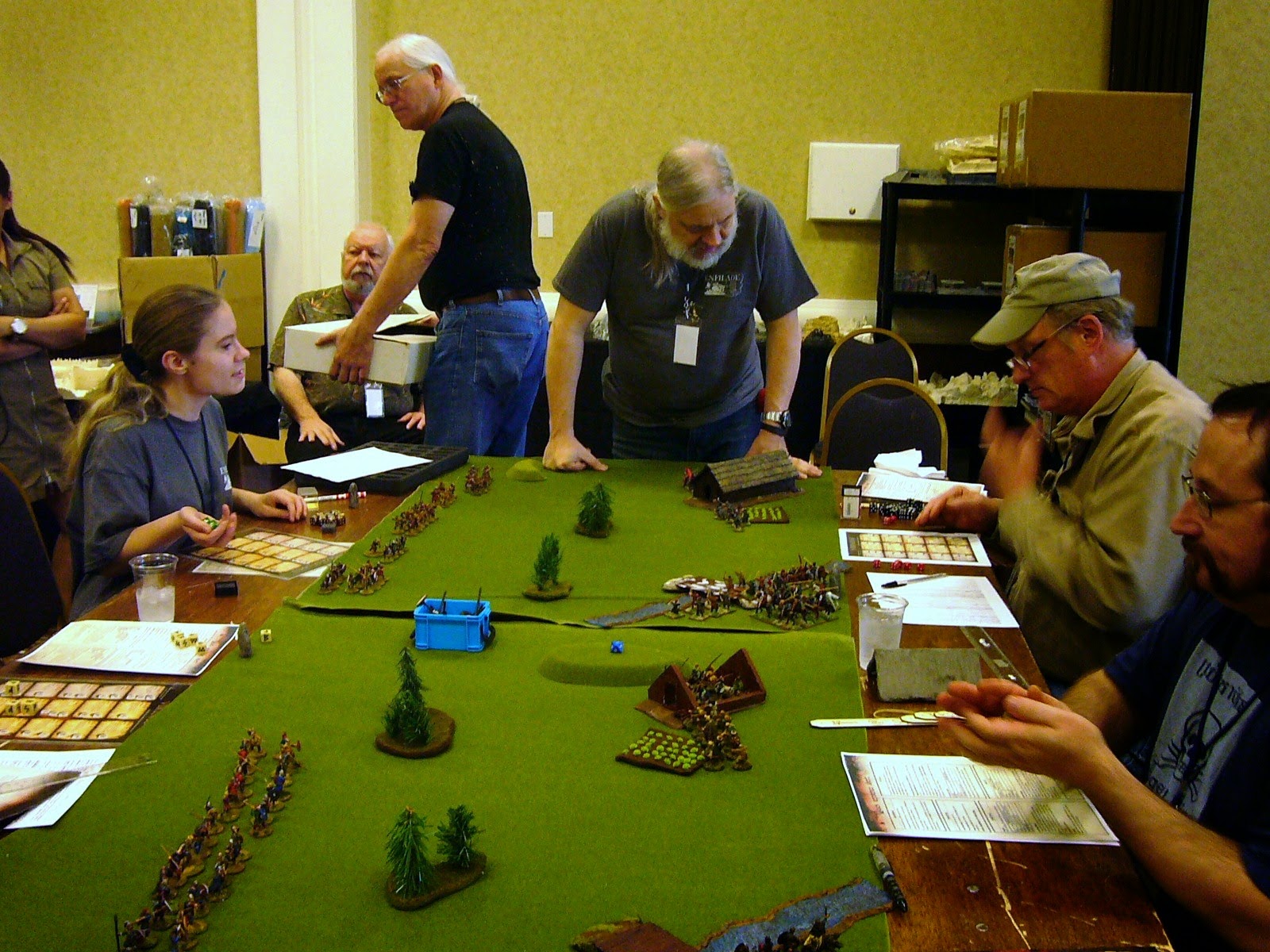 Sven has a firm grasp of the SAGA rules, was always on-hand to answer questions from pesky players, and kept things moving at a good clip. 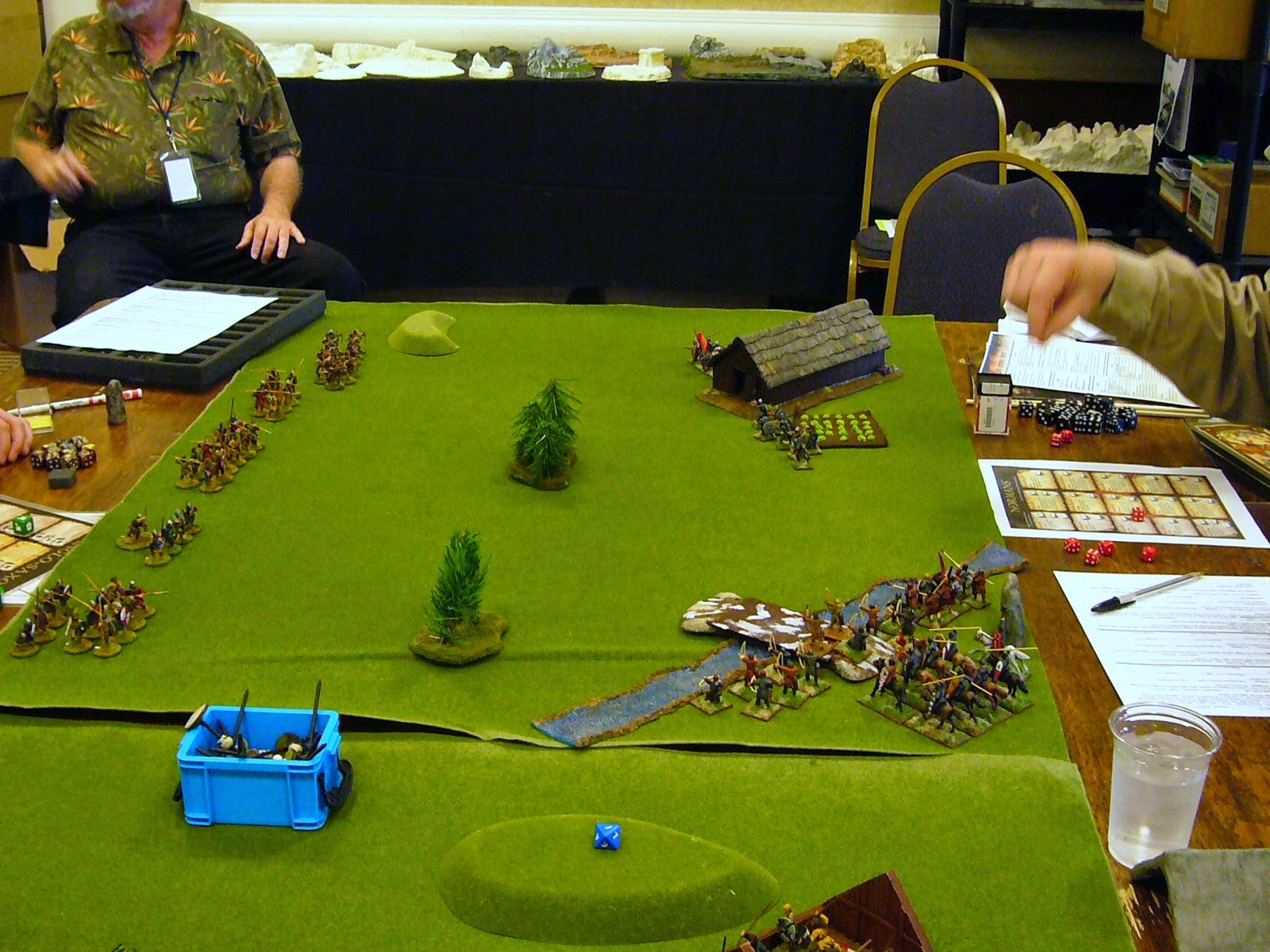 So if you hear of a SAGA Tournament, or any other game for that matter, hosted by Sven, be sure to sign up!

Points were awarded for inflicting casualties upon your opponent and achieving certain objectives within each scenario.

And this year's tournament/drinking horn winner was:  Stephen Radny-McFarland 59 points (pts), with his Anglo-Saxons

Plus two additional players that didn't, or forgot to, turn in their tournament tally sheets.
Posted by Ted Henkle at 7:30 AM

What's stood out for me is the quality of the painting and the look fo the gamogn tables, all very good indeed, which is great tos ee for a tournament

Yes, I think the quality of painting is exceptional.

I think, in part, because SAGA is a skirmish game, one can devote more time to crafting individual figures.