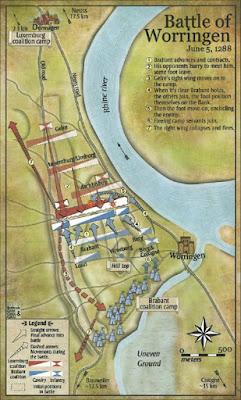 
For more on The Wizard of Id, check out John Hart Studios.
Posted by Ted Henkle at 6:00 AM

Ted: Nice to see those figures again. They could be used for a lot time-periods; particularly the spearmen and peasants. Now all you need are some mounted troops :)

Oh, foroot to mention the cannon and handguns are too modern for Worringen.