Dragonflight 2013--The Convention and the Movie 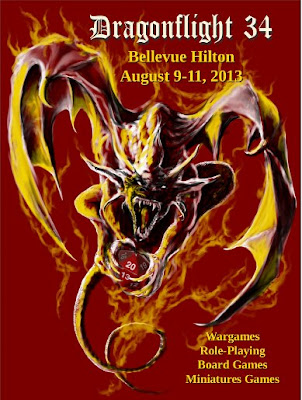 (Image:  Dragon Flight's Convention Guide)
A few weeks ago, my friend Joe and I took a roadtrip up to Bellevue, WA to attend at the Saturday portion of this year's Dragonflight (#34).  The convention was sponsored by... 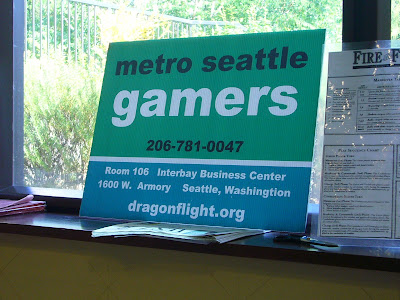 ...which hosts events throughout the year in the Greater Seattle Area.
Because of our busy work schedules Joe and I missed the on-line gaming reservations, so we were hoping if we arrived early enough we'd get a chance to sign up for Here I Stand. 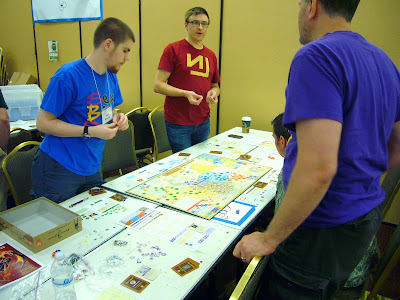 We were on the road early enough to get through a construction detour in Renton, arrive before the front desk opened and grab a quick breakfast.  But alas, despite our best laid plans and efforts, the two remaining spots not absorbed by on-line registrants were already taken by the time we got to the sign-up sheets .  Or as Maxwell Smart always said:  Missed it by that much.
So we sought solace in other games.  We ended up playing Last Night on Earth, hosted by Chris Ewick, owner of The Game Matrix.
Afterwards, we got a chance to playtest GMT's upcoming game:  Triumph and Tragedy, hosted by Cory. 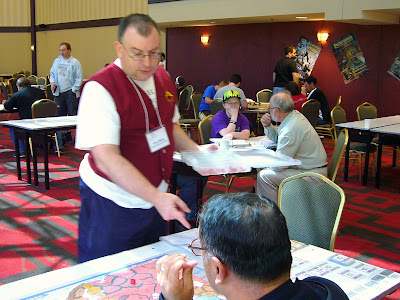 The outcomes of both games will be the subject of future posts.  In the meantime, I just finished uploading Stern Rake Studio's 30th YouTube movie:  Dragonflight 2013, so you can get a gist of the convention's activities.
Posted by Ted Henkle at 6:23 PM

Hi would you mind letting me know which hosting company you're working with? I've loaded your blog in 3 different browsers and I must say this blog loads a lot quicker then most. Can you suggest a good web hosting provider at a fair price? Thanks, I appreciate it!

Thank you for taking an interest in my blog. However, I don't think I can help you, because I'm not working with any hosting company. I'm an independent blogger and use the free template provided by Blogger along with WordPress. Sometime in the future I may need to upgrade to a full-scale website. Good luck in your quest for a hosting company and provider!