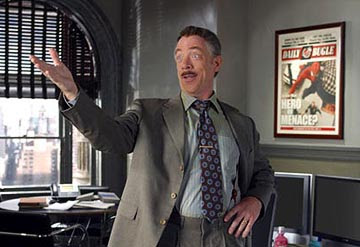 Getting published can make one feel like a superhero.  But even superheroes need a support network.  Because of their role, writers often view editors as adversaries, like Spiderman vs. J. Jonah Jameson.  However, they have a business to manage and, like writers, are also trying to produce the best work possible.

Publishing is a collaborative effort among writers, agents, editors and publication companies.  So it's best to maintain a sense of professionalism at all times.  In doing so, a writer might gain an editor as an ally, just like Superman did with Perry White. 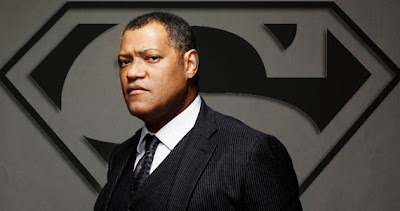 (Image:  Laurence Fishburne, as Perry White in the upcoming movie, Man of Steel)

The trick in gaining an editor-ally is finding them.  And attending writers conferences, like this year's PNWA conference, is one good way to gain personal access to potential allies.

The Editors Forum was the lead event for the second day of the conference (Friday, 20 July).  According to the official guide, nine editors were on hand for a panel discussion.  But by the time I arrived, I swear there was ten, or more people on stage.

Yes, I was late again.  This time, I ended up chatting with C.C. Humphreys about a wargame rules orientation we planned on conducting.  (More about this after my Agents Forum post).

When I finally sat down, Bob Dugoni, our perennial emcee, had the forum well underway.  The panel consisted of the following editors (links are to the publishing houses they represented):

I'm afraid I was preoccupied with my upcoming game with Chris, so I don't have extensive notes on this opening forum.  I did however, manage to jot down the following advice:

From Tom Colgan:  Don't write to the market.

The hot, new trend will be old and cold by the time you're ready to present your draft to an agent or editor.

From Tim Schulte:  Write what you're passionate about.

This is a change from the old mantra that was "write what you know,"  because it's not possible to become an expert in everything.

Lynn Price and Diane Gedymin had this to say, regarding memoirs:  They must have a unique perspective and a consistent theme throughout.

In other words, a memoir should be more than a laundry list of significant and/or sucky events that have happened in your life.

Bob brought up the issue of self publishing and said there was good news and bad news.

The good news:  Anybody can self publish.

This means you can get your book printed, even without approval from the publishing industry's "gatekeepers."

But the bad news is:  Anybody can self publish.

In other words, there's a lot of trash out there readers have to be wary of.

Finally, Tim Schulte had this to say:  Write a good story.