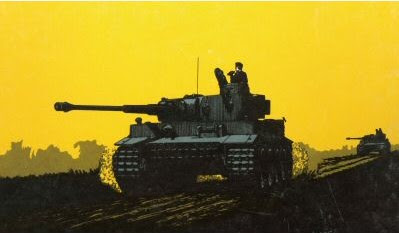 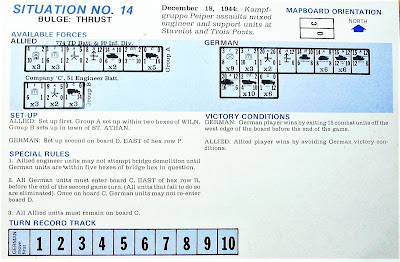 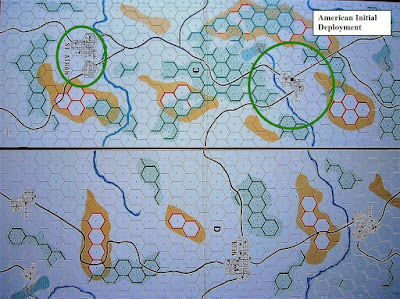 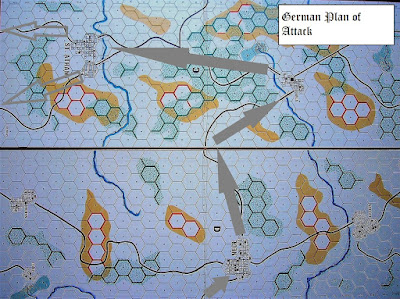 Interesting write up and blast from the past. Have you ever thought of using Panzer Blitz/Panzer Leader rules for a miniatures game?

Thank you for commenting! I actually have idly thought of using miniatures for PB & PL. I've done it with Squad Leader (in fact there's a Yahoo Group for that). I've just never found, or developed anything to play it that way.
During our regional "Enfilade!" convention in May, I got a great deal from someone selling his GHQ Terrain Maker collection (1/285th scale).
So I think my New Year's Resolution will be to take a closer look at this and see about giving it a go.
Do you know if anyone's tried this and are there any rules/conversions available?
Happy New Year!

Here is a link to one version:

And another link to a gamer's blog where he experiments with PB for miniatures.

I guess I should actually include the other link:

I haven't thought of using the PanzerBlitz/Panzer Leader rules as the basis for a minis game, but I did blog about adapting PanzerBlitz scenarios to another set of minnis rules: http://ilivewithcats.blogspot.com/2015/02/kgc-blitz-adapting-panzerblitz.html

Thank you David and William for posting the links! I'll be sure to check them out.

Thank you for this post. Panzer Leader is still a great game, as your AAR proves. A nail biting game, lots of interesting action and a fun presentation. There is a section of the rules that talks about wagons and trucks not counting for victory, I suspect that would hold true for your scenario -and that half tracks ARE combat units. (By the way, I loved your description of the transport platoon forming roadblocks to slow the Germans....this made it much more visual and less “gamey” and enables one to see he desperate truckers trying to delay the panzers. I was surprised that the Germans did not enter farther East, so as to only have to cross one bridge in each town before exiting the map. I suspect that when an engineer is destroyed, the demolitions have to be started again, similar to clearing a road block. Again, bravo for revisiting a classic, and still wonderful, game. Great presentation with plenty of photos to allow us to follow the battle. I look forward to the next installment. I would love to see a D-Day scenario AAR.

Captain Nolan: You're welcome! I'm glad you liked the post. I wish I could play more Panzer Leader, or any wargame for that matter. I think you're right about the "demolitions redo" if the unit's destroyed. I'll notify you directly the next time I post a PL/PB game report.