Star Wars Freedom in the Galaxy Campaign: The Heliax Affair 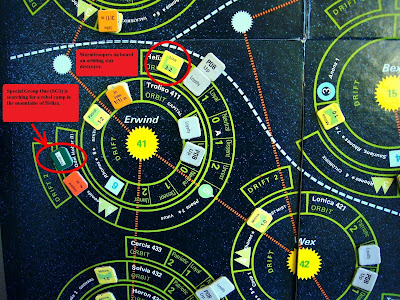 Acting on a hot tip from a brothel, Special Group One (SG1), ventured into the Heliax Mountains to search for rebel operative Ly Mantok.  Using nap-of-the-earth flying, the group set their Ghtroc-720 freighter down within a few kilometers of a suspected rebel training camp.
The four beings selected as the landing party were:  Peros (Seth), Pepsor (Daniel), Garik Starka (Ted) and the Trandosian soldier Bossk (Kayla). 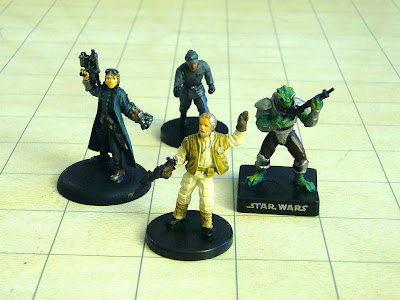 The party evaded the inexperienced security patrol and came within several hundred meters of the rebel camp.  Despite the malfunctions of their visual tracking equipment, the party determined neither Ly Mantok, nor his associates were among the inductees in the camp. 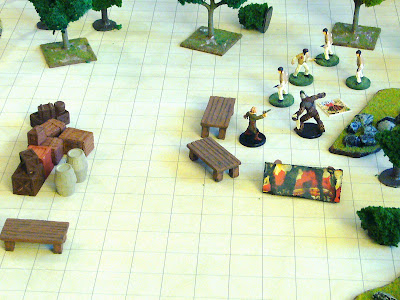 They made their way to the starship parked less than a kilometer from the camp. 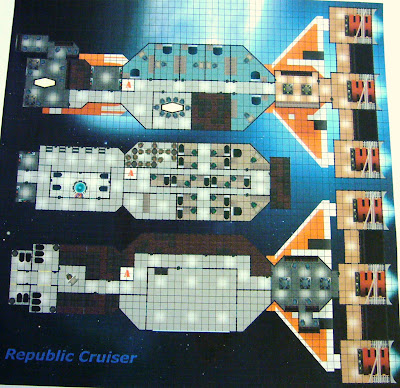 The ship, which turned out to be the Consular-Class Cruiser Explorer, was left unguarded and the access hatches were open.  The team entered the vessel, hoping to catch the bridge crew by surprise.  Unfortunately, the rebels were waiting for them. 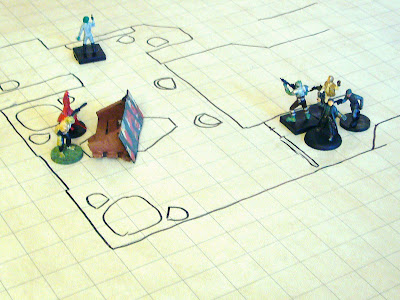 When the team opened the blast doors, a fire fight erupted on the Explorer's bridge.  Events took a turn for the worse, when the rebel Wookie Odene Hobar and the young Jedi, Robi Samuul entered the fray. 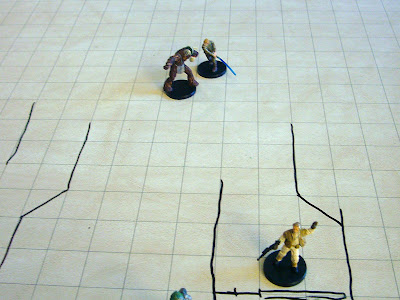 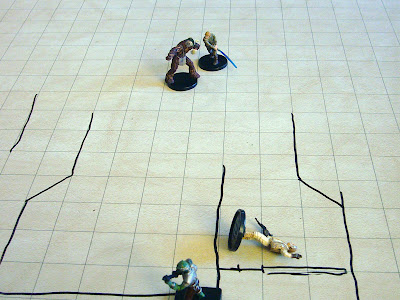 Because of the seriousness of his wound and his exposed position, Garik played dead for the remainder of the firefight.  Despite the surprise attack by the Wookie and the Jedi, SG1 managed to turn the tide of the battle.  Vudot Vodot, the rebel Jedi/Scout, was critically wounded, while Pepsor cornered Ly Mantok at the pilot's station. 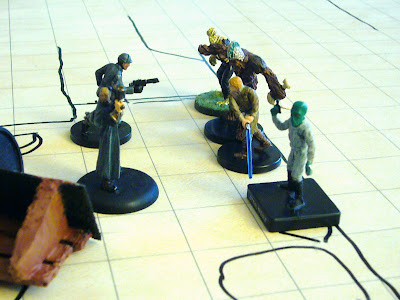 The remaining rebels quickly surrendered when their leader gave up.  Once the ship and prisoners were secured, SG1 took off and rendezvoused with their freighter and team mates. 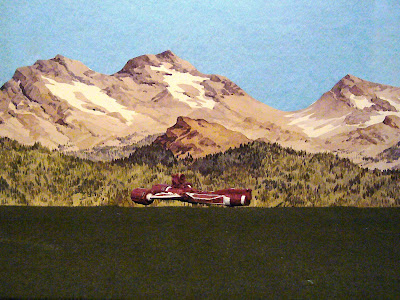 Each of the rebels was brought before Pepsor and the Durosian pilot, Tren Luk (Ted), who were both skilled at persuasion.  Robi, the first one to be interviewed, broke down in tears after several minutes of mild questioning.  He was despondent over his failure and talked about how he could never face his teacher again--the Jedi Master Yoda, living on Degobah.
The Sith Adept, Kess (Adrian) employed his dark arts to block Robi's emotions from the Force and possibly communicating with Yoda.  After all the rebels were questioned, Kess informed Tren and Pepsor that he "could not feel" Robi's thoughts any longer.
The team immediately went to Robi's cell, only to discover the young Jedi hung himself using various articles of clothing. 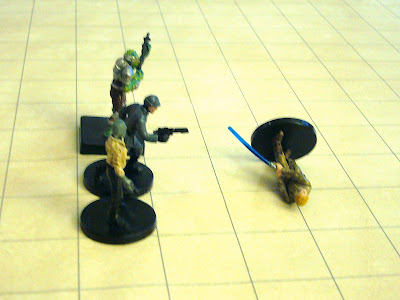 Not knowing SG1 consisted of Imperial operatives, the remaining rebels decided to cooperate,  especially after given food, water and medical treatment. 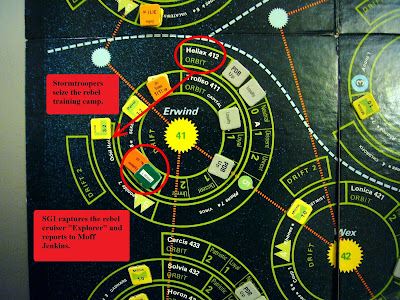 After the interrogations, the stormtroopers were called in to clean out the rebel training camp and the team met with their contact Moff Jenkins on board his stardestoyer.  He then brought them up to date on the current situation within the system.  While SG1 was rounding up rebels, civil war broke out on Heliax.  Grand Moff Argon raised planetary taxes without the Emperor's approval, putting the system one step closer to open rebellion.
In Jenkins opinion, Grand Moff Argon is incompetent.  If he could be removed, Jenkins would be next in line for Argon's position and could restore the situation on Heliax.  Of course, it would take far too long for the Imperial bureaucracy to draw up the necessary orders to fire Argon.  If SG1 could help "expidite" matters, Jenkins would be very appreciative.

For SG1, however, one level of intrigue apparently isn't enough.  As soon as the team returned to their two-ship flotilla, they received a message from Grand Moff Argon.  He expressed his appreciation for their work at cleaning out Heliax of rebel scum and everyone on the team is cordially invited to the formal dinner he's hosting in their honor...
Posted by Ted Henkle at 3:10 AM