Star Wars Prequels--Lacking in The Force 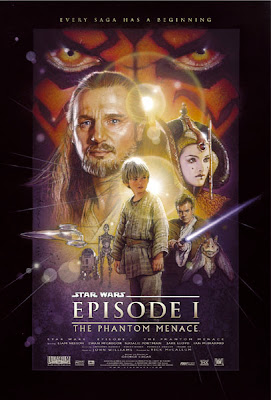 Many of us Star Wars fans have been scratching our heads over Episodes 1-3, since they debuted a long time ago in a multiplex far, far away.  The reaction to these prequels, ever since, range from "Meh" to "WTF?"
Kristen Lamb, author of the book We Are Not Alone:  The Writer's Guide to Social Media, discusses several major flaws in the movies on her blog:
http://warriorwriters.wordpress.com/2011/06/13/what-went-wrong-with-the-star-wars-prequels/#comment-8708
Kristen's post set off a firestorm of comments, 130 so far, with nearly all of them condemning the movies.  (My 0.02 Republic Credits can be found in comment #130). 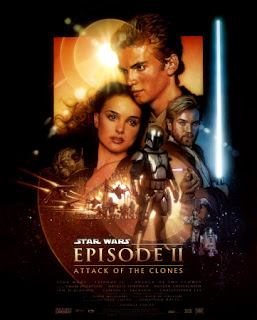 Kristen's blog post on Star Wars caught my eye, like one of these movie posters.  I've been working on my Star Wars, Redshift Chronicles Campaign game for several months and plan to post graphic novelizations of our role playing and wargaming adventures.  So I don't want to make the same mistake George Lucas did. 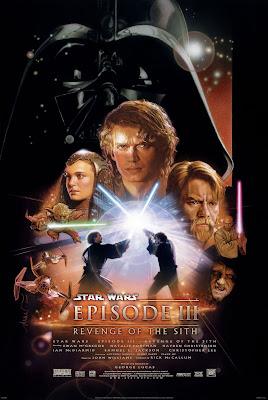 According to some fans, there's another 'explaination' why the prequels are so bad.  Slick Gigolo has the 'answer' and what 'someone' might do to redeem themselves:
http://www.youtube.com/watch?v=_BMgegut3UM
Posted by Ted Henkle at 3:10 AM

I shouldn't let the prequels bother me anymore, but I can't help it. I had to weigh in on the discussion as well, thanks for pointing this out.

Thanks for the shout-out. I was so happy to have my fellow geek support. I was actually very broke the years that the movies came out. I had decided to become a writer and didn't have 2 pennies to rub together so I never really got out. Thus, I didn't really know the movies had flopped with SW fans. I felt like such an idiot for so long because I didn't "get" them and frankly hated them. It was very redeeeming that I was not alone.

I am a real geek, after all!

You're welcome Kristen! I love reading your blog and am currently reading WANA. Best wishes in all your endeavours--geeky, or otherwise. :)
I must admit, I do own the prequels only because the world building is interesting to me, more than Anakin's character arc.

I kinda guessed they would be rubbish - like playing frogger on the 360. Visually superb, but flawed. Still kinda love 'em tho!

Lucasfilm has made for than $20 billion dollars in merchandising alone. I don't like the prequels either, but I'd spend more time figuring out what Lucas did right than what he did wrong.

One of the reasons why people bash the prequels, is because the original movies were so good. Star Wars Episode IV: A New Hope is a great example of story-telling done right. In this one movie alone, George Lucas touched on every aspect that makes a great story.