I received my copy of the Bolt Action (BA) core rulebook last week.  I've been collecting unpainted figures for a couple years now.  However, I've been unable to paint them, or get them painted.  The reasons are:
My hands shake to a varying degree, ever since I woke up from my lung transplant surgery, and everyone I know is busy with their own miniature projects.
So a few weeks ago I took to E-Bay and did some Shopping Therapy.
Just in time, too.
I got great deals on American and German infantry and vehicles, along with one Soviet vehicle.  (I got outbid on the Soviet infantry).
Below is a gallery of my recent acquisitions:
Americans:
For my US Army Infantry platoon, I organized it into 3 x 8-man rifle squads, and a command squad.

These finely painted figures are plastic and light weight.  Even though they're not tippy like a lot of my Warhammer 40K figures are, I like the weight of metal.  So I'll be doing two improvements:

1. Supergluing washers underneath the bases.

2. Painting the edges of the bases in various earth-tone colors to help identify each squad.

For American Armor support--I got this M-4A3EZ8: 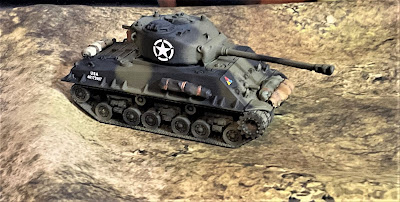 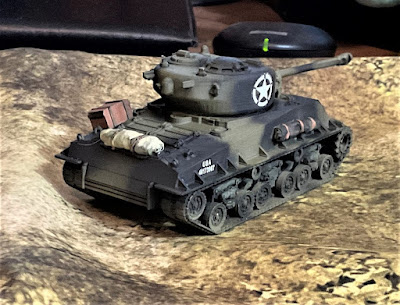 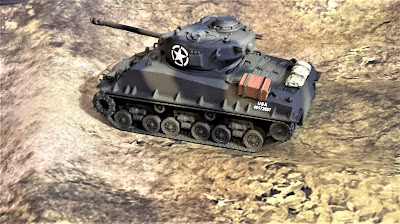 I'm not too keen on adding anything larger than light-armored vehicles to what's suppose to be a small skirmish, or recon force.  I bought this big boy to "personify" my tank in my recently purchased game, American Tank Ace--Europe, 1944-1945 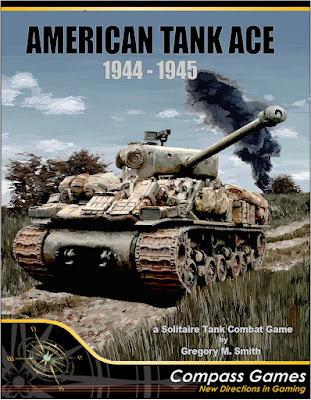 Switching over to the Eastern Front for a bit, I place bids on a Soviet infantry platoon, and a Lend-Leased M-3 Scout Car.  I lost the bid on the infantry, but won the scout car. 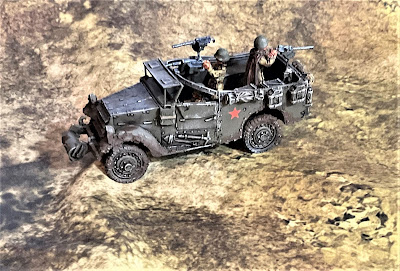 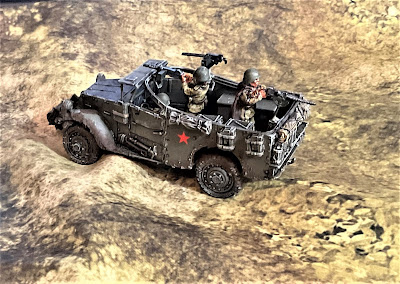 I ended up breaking off part of the droopy M2, forward machine gun.  I thought it was bendable metal.  Instead it was plastic.  I actually think it looks better this way.  I'll have to touch-up the muzzle.  I also had to glue down the right side 30 caliber machine gun.

Now for those fighting on both the Eastern and Western Fronts:

For the German Panzer units, I now have a SdKfz 251 "Hanomag" with crew for a transport/machine gun support vehicle: 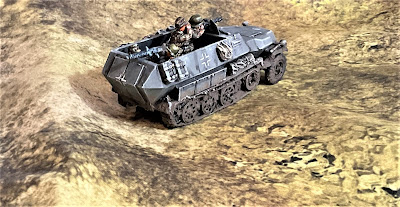 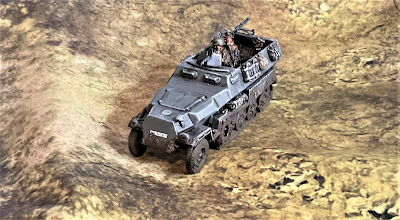 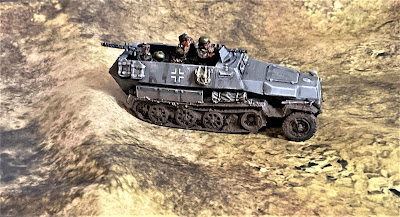 Tank support will be provided by a PzKpfw II (Panzer II): 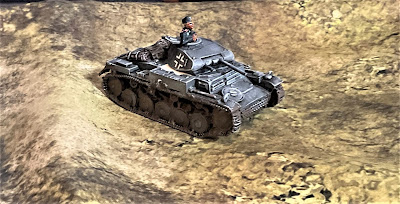 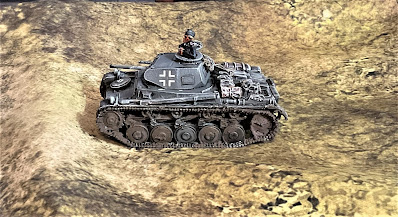 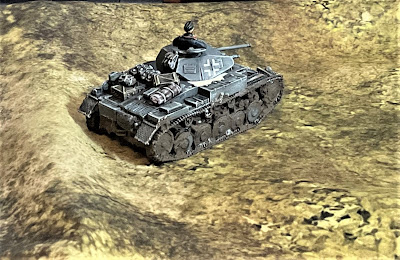 This vehicle will require a bit more touching up.  The paint on the right-side top hull needs to be repainted.  I'm not too concerned about matching the colors perfectly.  "Close enough" for field work will upgrade the panzer to Table Top Quality.  I'll claim the crew repainted it with whatever color they managed to scrounge for.

Ground troops from the German Army ("Heer"), will be this 25-figure infantry platoon. 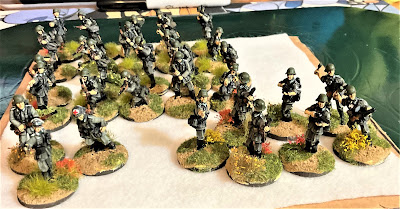 I organized them into 2 x squads of riflemen, and 1 x command squad; along with a squad of submachine gunners, each armed with a Soviet PPSh-41.  I imagine these guys could be used as scouts, assault troops, or just divvied up between the other squads.
For fire support I now have 3 x MG 42-armed machine gun teams.

There are two versions of each team.  One is in travel mode and the other is in deployed mode.

Oddly enough, the only figure armed with an MP 40 submachine gun is one of the MG-42 loaders.

Today, (Friday, 28 Oct), I placed bids on a few more American vehicles.  The bidding is supposed to close by this Sunday.

If I win anything I'll add another Bolt Action gallery post.