Pass in Review: Shell Splashes and Explosions for Cruel Seas


I'm not sadistic, but but when it comes to wargaming, I like seeing clear indications that a vessel's been hit and damaged.
The Starter and Fleet Sets for Cruel Seas all come with plastic, blue plume markers. 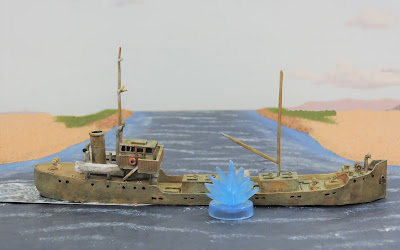 These are fine for indicating shots fired by machine guns or light cannons.
But if you want to show hits and near-misses from larger caliber weapons, larger explosion and plume markers can be used.
For medium-size guns, there's the standard-size water plumes that come in two shapes (10 in a pack).
Once again, my “Kobayashi Maru” will be used as target practice. 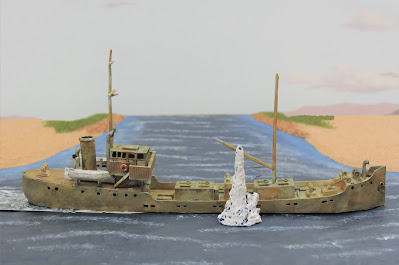 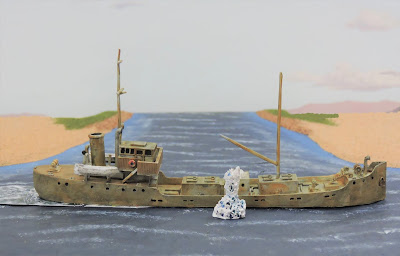 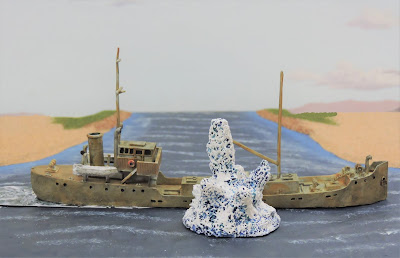 I painted all the shell splashes with the remnants of some Craft Smart acrylic paint, specifically, a mixture of Dark Blue, Pool Blue and Aqua, followed by an overall coating of White.
But these Warlord Games products aren't the only hit indicators in my arsenal.
I’ve been a fan of pre-painted, cardboard terrain for years, and one of my favorite producers of such products is Paper Terrain.
A few years ago, I bought a package of blast markers for my land-based miniatures games.  Shortly after starting my spending spree on Cruel Seas, I bought another pack more appropriate for naval battles.  I glued the bases to pennies, or washers, then painted and flocked them either white or grey to indicate near misses or direct hits.
Here’s the Kobayashi Maru receiving a small near miss... 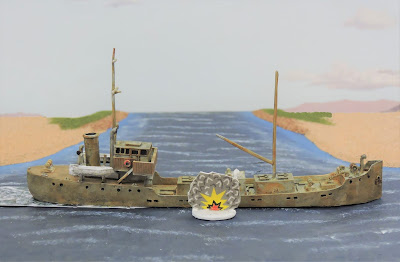 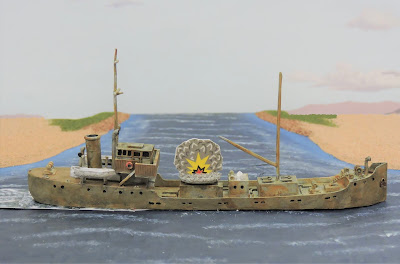 Now the vessel’s subjected to a medium-size near miss... 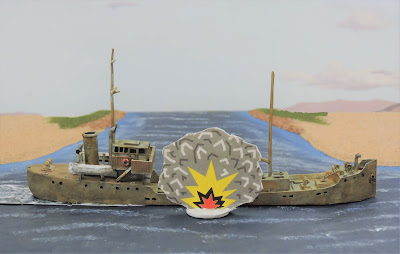 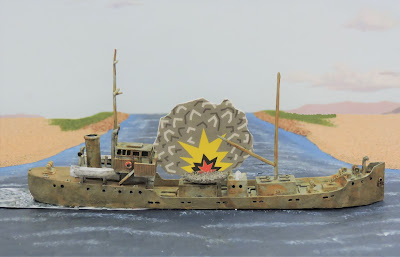 Finally, the Kobayashi Maru takes a large near miss... 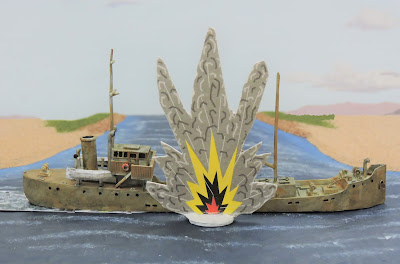 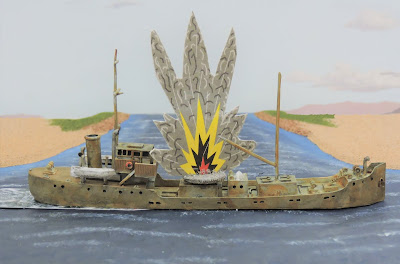 I don’t think even Captain Kirk and his time-traveling crew can save the ship from this one.
Speaking of ship crews, I haven’t mounted any of the crew figures on to any of my ships.  I want to keep my options open, so I’ll be looking for tiny washers I can mount the crews figures, and optional weapons onto.  This way I can move them around on-deck, or add and remove them as needed.
Here’s what I painted-up so far: 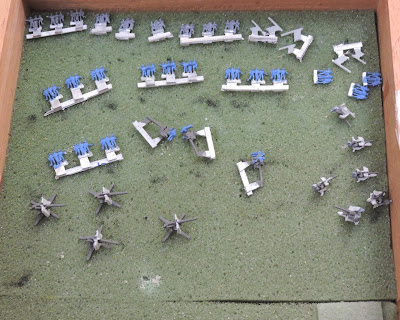 I’m not sure when my next post will be, because it’s back to the paint desk for me...
Posted by Ted Henkle at 4:00 AM